Defeating nearly two dozen discriminatory anti-LGBT bills during the recently concluded session of the Texas Legislature took a lot of hard work from some great groups working outside the Capitol with activists and people like you who care about these things. And it was also the hard work of LGBT-supportive lawmakers working — some loudly, others quietly — to kill these bills.

But credit where credit is due: a shout-out is owed to Indiana Gov. Mike Pence. Without you and your actions, which sadly inflicted an undeserved black eye on the good people of the Hoosier state, defeating the bills in Austin would have been a little bit harder.

It was your signature, Gov. Pence, on a religious-right supported bill designed to discriminate against LGBT people that ignited a nationwide firestorm and gave lawmakers in Texas and all over the rest of the country clear evidence that America is losing its appetite for anti-LGBT laws.

Pence’s timing, for Texas purposes, was impeccable. He signed the bill on March 26, just as the Texas legislative session was gaining steam. Seeing the fallout, the Texas business community became further galvanized against the discriminatory proposals. The bills were stopped way before they could get anywhere near Texas Gov. Greg Abbott’s desk. Heck, they didn’t even get a vote in either the Senate or the House. And here we are today, with 20+ dead anti-LGBT bills.

Thanks for the assist, Gov. Pence. We could have done it without you, but it’s Texas and we need all the help we can get. Please accept this humble award from all of us Texans who believe in LGBT equality. 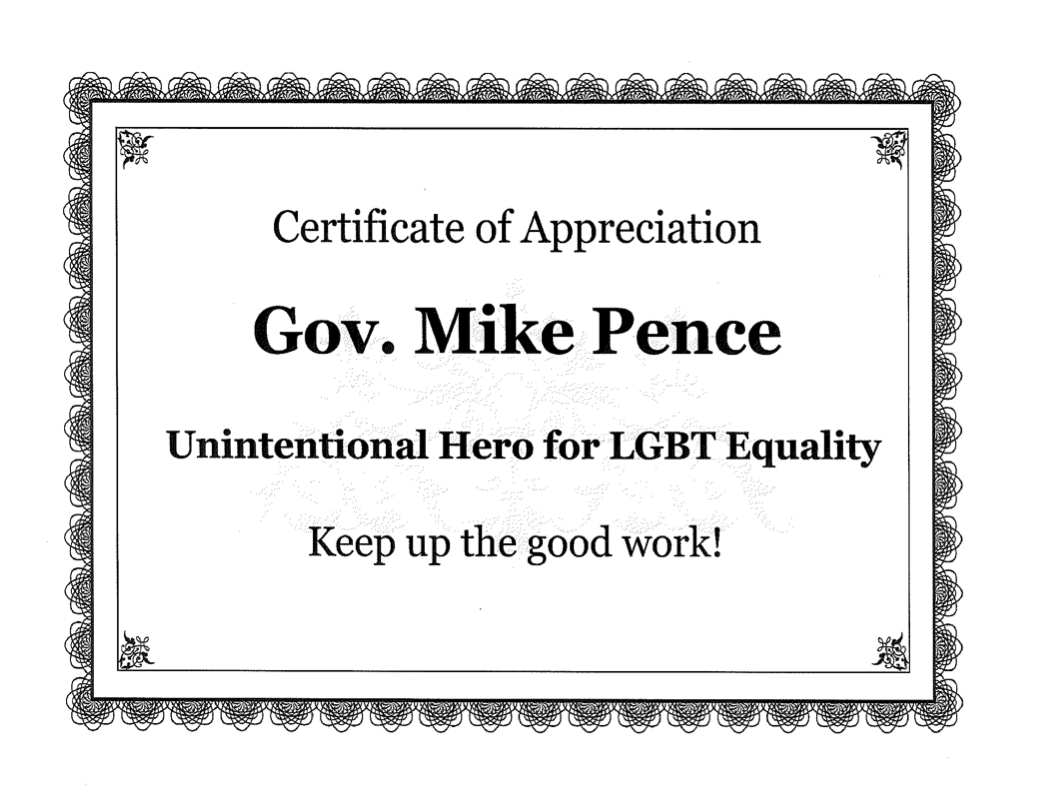 One thought on “Thank You, Gov. Pence”