As we write this there is mass confusion surrounding the fate of Senate Bill 5, the restrictive anti-choice measure the far right was pushing at the Texas Legislature and that state Sen. Wendy Davis, D-Ft. Worth, was trying to stop with a 13-hour filibuster that made nationwide headlines.

But what we are certain about right now is that state Rep. Bill Zedler, R-Arlington, doesn’t understand science or, as we learned tonight, that words have meaning. 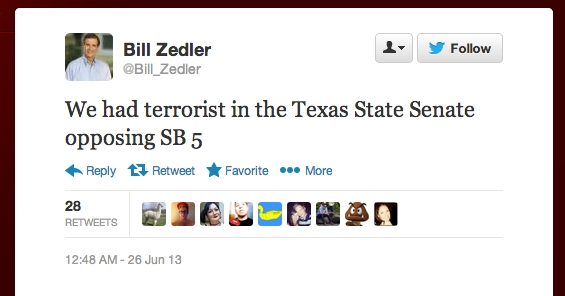