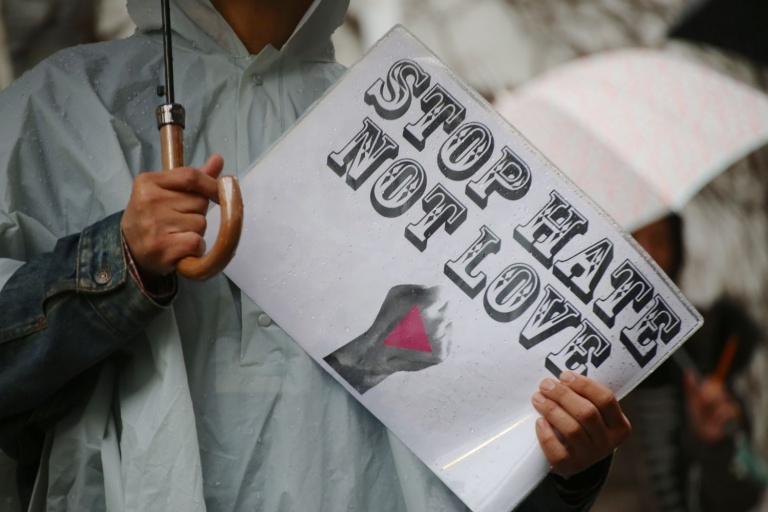 So not only are religious-right groups lying about why they support North Carolina’s anti-LGBT discrimination law, they also appear to be exaggerating when making claims about who else supports it.

“One very recognizable name on the list is the Winston-Salem based apparel behemoth Hanes Brands. But before anybody tears up their tagless tees, I’ve had a chat with Hanes Brands communications director Matt Hall, who assures me that the company is definitely NOT part of the NC Safe Coalition. Hall tells me that their listing apparently comes via a low-level employee who is now “mortified” – probably most of all because he’s been called on the carpet by his bosses. Hanes Brands has told NC Safe to remove their name from the list, but that has not yet happened at this writing. Hall also wisely points out that Hanes may not be the only company wrongly pushed onto the list by a zealot staffer.”

So one of the biggest names on the list of businesses supporting the discrimination law really doesn’t support it? In fact, Hanes has now been stricken from the list.

@BullCityVA on Twitter also did some research about the businesses on the list. And guess what? More misleading entries:

We did a little double-checking and, yup, the guy listed for Sunbelt Packaging doesn’t appear to be the “business owner.” He works in sales. And the Charlotte Observer also reported a week ago: “Two of the companies listed said the people who signed up were not authorized to do so, and have their own anti-discrimination policies.”

Since we now know that the publicly released list included a number of false and misleading entries, who the hell knows whether the full list of “334 business owners” is legit? We don’t. We’re all just supposed to trust the word of religious-right groups that support the discrimination law.

Even so, the gay-obsessed head of the religious-right group Texas Values tweeted today about the misleading North Carolina list:

The boy is shameless, isn’t he? Of course, he thinks his group’s supporters will believe just about anything he says. (They probably do.)

On other hand, scores of companies — including major corporations — have publicly announced their opposition to the North Carolina discrimination law. PayPal just announced that it is canceling plans to put a new global operations center in the state — which will cost North Carolina about 400 potential new jobs. Other companies have also announced that they will no longer bring work to the state.

Among the companies that have released public statements or whose executives have signed on to a public letter opposed to the discrimination law are Google; Microsoft; IBM; Apple; Facebook; Coca-Cola; Bank of America; Whole Foods Markets; Starbucks; Pfizer; Kellogg Company; Yahoo; eBay; Uber; Lyft; Barnes and Noble; Mitchell Gold; and Replacements, Ltd.

That list of opponents of hate and discrimination is growing. Texas lawmakers better be paying close attention.