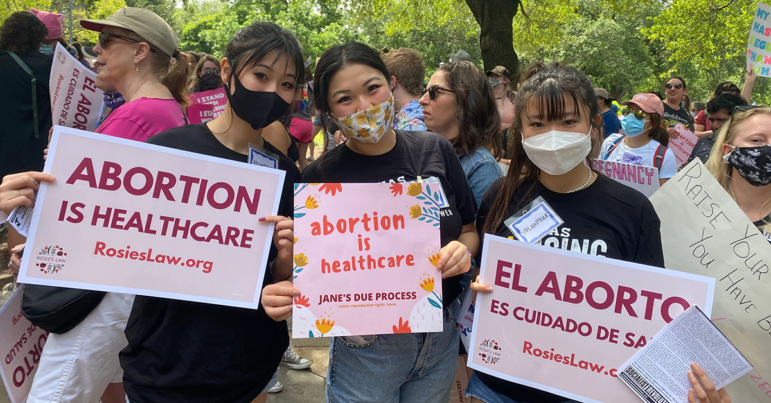 Over the last few days, Texans and the nation have seen the traumatizing effects of criminalizing reproductive healthcare. The fear and stigma created by abortion bans harm ALL pregnant people–people like Lizelle Herrera, a 26-year-old in Rio Grande City who was arrested and jailed for “the death of an individual by self-induced abortion.” The charges, which have now been dismissed, had no legal merit. While we’re relieved by this outcome, Herrera’s life is forever changed and the harm to her and her family cannot be undone. She deserved healthcare, not jail.

This story is an ominous signal toward what advocates have long feared–laws like SB8 challenge those who have no respect for the bodily autonomy of pregnant people to see just how far they can go in criminalizing pregnancy outcomes of all kinds.

These women, including Lizelle, all have something in common: They’re all women of color, and they each live in states where access to reproductive healthcare for every stage of pregnancy has been stripped down to almost nothing. The criminalization of BIPOC people and the deep inequality these communities experience within the American healthcare system is not new, either.

Underpaid communities and communities of color have always suffered the most when laws make healthcare even less accessible.

In Texas, people in areas like the Rio Grande Valley will continue to be harmed under this abortion ban, as healthcare is scarce in rural regions of the state already.

Cruel lawmakers who choose to criminalize pregnancy know who they are targeting. Because they do not value the lives of people who can become pregnant, especially when those people are of color or underpaid, they think no one will show up to fight for women like Herrera.

Join our fight to protect and support reproductive healthcare for ALL Texans!

Herrera’s story is devastating. Her personal medical information has become national news, the trauma of jail can never be erased, and the betrayal of medical professionals who were meant to care for her will likely be felt for the rest of her life.

While this case points to more tragedy likely to come, the organizing that brought national attention to her arrest shows the strength of abortion funds, like the Frontera Fund, who worked tirelessly to mobilize and unite our community to bring Lizelle justice.

Together, we can save each other. Community power won this weekend. But Texans’ lives, dignity, and bodily autonomy are still at risk. We have to harness the same strength for all of them.