The folks over at the Travis County Republican Party seem to think they have stumbled on an important scoop regarding the Orlando massacre. Check out the tweets.

Here’s a tweet from the county party Sunday morning, posted even as authorities were still identifying the bodies of dozens of LGBT victims and notifying family members in Orlando: 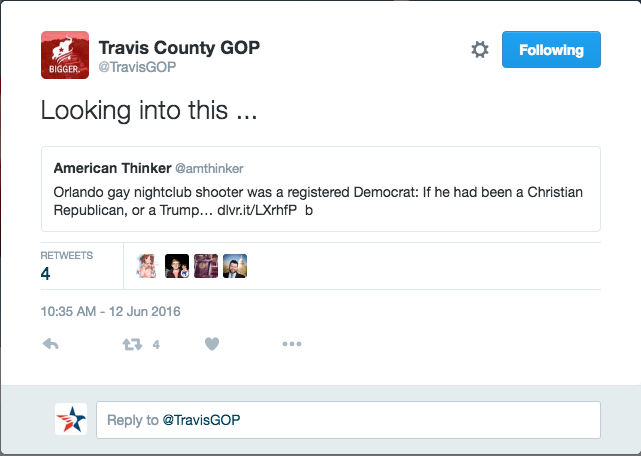 “Orlando gay nightclub shooter was a registered Democrat.” “Looking into this”? Why, exactly?

They followed up with a tweet this afternoon, with information supposedly confirming (*gasp*) that the shooter was a registered Democrat: 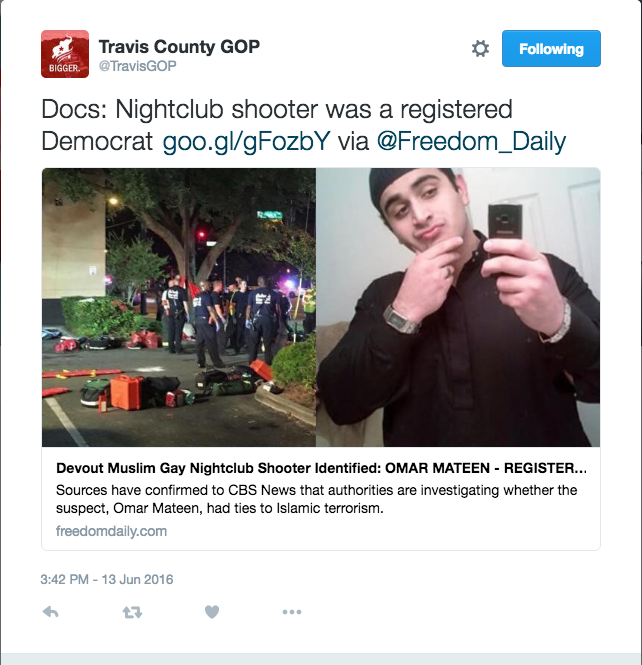 It’s unclear what point they’re trying to make, unless they’re just trying to politicize the worst mass shooting in modern American history. But then they retweeted this post: 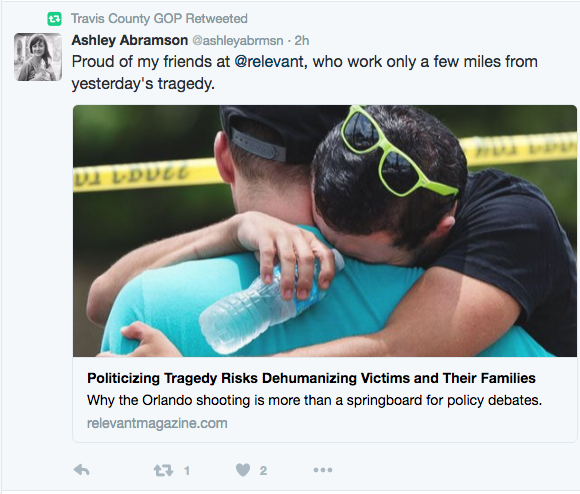 The headline: “Politicizing Tragedy Risks Dehumanizing Victims and Their Families.” Well, yes. But they couldn’t resist doing it anyway.

Maybe they’re just trying to distract folks from the extremely vulgar, offensive, ridiculous man who has been elected chair of the Travis County Republican Party.