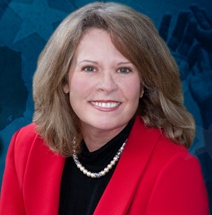 Donna Bahorich, chair of the State Board of Education, is missing a key problem in defending how new history textbooks in Texas public schools cover the experience of African Americans after the Civil War. By focusing just on the textbooks, she ignores how politicized curriculum standards adopted by the state board distort the teaching of history in Texas public schools.

Last summer, following the massacre of nine people at a black church in Charleston, South Carolina, and the renewed controversy over the Confederate flag, a number of news outlets looked at what history textbooks in Texas teach students about slavery, the Civil War and the violence and repression African Americans faced after that war. As we pointed out in a blog post at the time, some reporters got the facts mostly right, while others missed the mark.

In an Amarillo Globe-News Q-and-A piece published online Thursday, Bahorich gives some thoughtful answers to questions on a variety of issues. The article is worth the read.

In answering a question about last year’s controversy, Bahorich rightly points out that the new history textbooks generally do a better job than the social studies curriculum standards adopted by the state board in 2010. (Bahorich did not join the board until after the 2012 elections.) TFN and other critics, including the conservative Thomas B. Fordham Institute, have criticized those heavily politicized standards for (among other problems) suggesting that slavery wasn’t the primary cause of the Civil War and for downplaying the repression freed African Americans and their descendants faced after the war. Here’s the Globe-News question and Bahorich’s answer:

There has been concern about Texas students using new textbooks that paint slavery as a side issue in the Civil War and downplay Jim Crow Laws and the KKK. What is that about?: There was confusion last summer on this issue because people were conflating the standards with the textbooks. There are standards that are approved by the State Board of Education and that’s the minimum information that you want kids to know. The textbooks have to cover the standards, the minimum, but they go way above and beyond our standards — and this is for all subjects.

There was confusion about if a lack of mentioning of the KKK and Jim Crow Laws in the standards meant that the textbooks did not have that information in there, which was absolutely incorrect. I had heard the concerns that people had about some missing elements and that sort of thing. I personally looked through the books before approval to see if those elements had been highlighted as you would expect — appropriate coverage, strong coverage, clear coverage — and that’s what I saw.

But the issue here isn’t just what the textbooks say. The state’s curriculum standards do more than just guide what information publishers include in textbooks. They also guide classroom instruction by identifying what students must know to pass the state’s high-stakes tests.

The reality is that the current social studies standards are absurdly lengthy, detailed and complex — mostly because state board members insisted on cramming their own pet concerns and political agendas into those standards in 2009-10. In fact, the standards are so unwieldy and difficult for teachers to address in their classrooms that the state board plans to “streamline” them in a process that doesn’t begin, for social studies, for another year. (The board is set to “streamline” the science standards this year.) Meanwhile, students must pass state tests that are based on those deeply flawed standards.

So what happens in the classroom? While textbooks cover topics like the KKK and Jim Crow Laws, are teachers really able to focus much (or any) classroom time on those topics if they’re not covered in the standards and are less likely to be included on tests?

Moreover, remember that even the conservative Fordham Institute has sharply criticized the curriculum standards as a “politicized distortion of history” plagued “misrepresentations at every turn.” How do those politicized standards affect classroom instruction, regardless of what the textbooks say?

Here’s the reality: the state board’s awful curriculum standards make it more likely that Texas students will learn a flawed and politicized distortion of history. We’re confident that the state’s many good teachers try to find ways to work around this problem. But state board members more interested in promoting their own political agendas than educating Texas kids have made those teachers’ jobs much harder.

The solution? Fix the standards by taking out the political agendas.