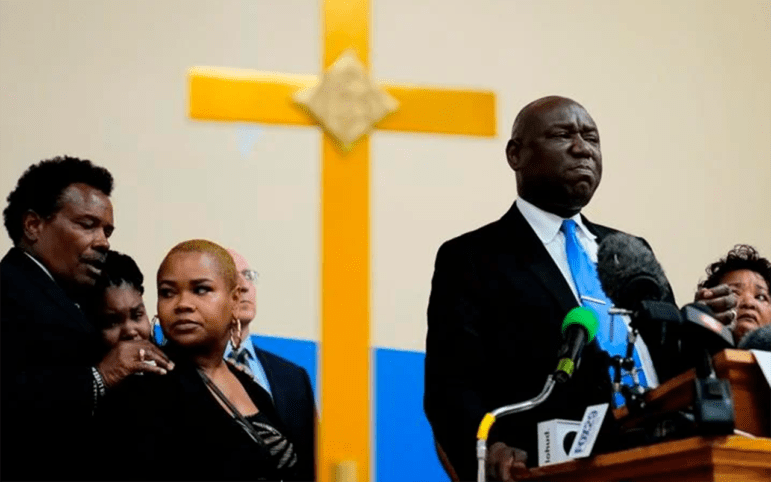 Just days after the shooting in Buffalo, NY, where 10 people were killed when their predominantly Black community was targeted based on a white domestic terrorist’s beliefs that the country is “experiencing an invasion on a level never seen before in history,” Ted Cruz tweeted rhetoric in the same vein.

Here’s Cruz’s tweet: “Over 2 million illegal aliens streamed across the border last year. This is an invasion we’re seeing because Joe Biden refuses to enforce the law!”

We’re a country founded to welcome immigrants. Championing immigration and diverse cultures should be one of our foundational values. Yet the political strategy of criminalizing those who seek asylum and a new life in the United States has been used over and over again. And Texas is often the breeding ground for these xenophobic ideas, weaponizing our country’s history of systemic oppression and racism to pit people against people for votes. It’s why we’ve seen Governor Abbott waste $38.4 million on Operation Lone Star, which National Guardsmen have called an “ineffective use of resources.” Still, he’s taken $500 million from other critical agencies, including the state’s Health and Human Services Commission and the Texas Department of Public Safety for more “border security.”

Just a couple of weeks ago, Abbott said he wanted to challenge the 1982 U.S. Supreme Court ruling requiring states to offer public education to all children–particularly because he thinks undocumented children do not deserve an education. He’ll also assert his power to force births on families rather than allowing people to make the best health care decisions for them.

These actions send a clear message: If you are not white, well-off, heterosexual (the attacks on the LGBTQIA+ community have been rampant as well), or a cis-male, your freedom and safety are seen as a threat.

Politicians like Cruz and pundits like Tucker Carlson, who personally amplified “great replacement” theories in more than 400 episodes of his show, proclaiming that “they want to replace you, they want to destroy you,” are pushing hateful rhetoric.

In 2019, 23 people were murdered right here in Texas, when another white domestic terrorist opened fire in an El Paso Walmart, motivated by the “Hispanic invasion of Texas.”

In 2015, nine people were killed by a white murderer in their own church in Charleston, NC. Just for being Black.

The list of similar acts of hatred is exhaustive.

The real “invasion” is the violence inflicted on our communities. What American values are being protected when we cannot shop, pray, go to concerts, have a day at the park, go to school, or simply exist, without fear of being shot?

There is no “great replacement.” These theories just illustrate how scared right-wing figures are of the power the people hold to build a nation where we are all equally represented.

Do not give up your power. Keep talking to your friends and loved ones about how racist ideology results in the real loss of life. Tell them that words matter. And show up for yourself at the ballot box every single chance you can.