Click here to go to TFN’s SBOE Election HQ, with in-depth information about state board districts, elections and candidates this year.

Veronica Anzaldua of McAllen has announced that she will seek Republican nomination for the Texas State Board of Education in District 2. The seat is currently held Mary Helen Berlanga, who has decided not to seek re-election. Anzaldua is a high school educator in the Mission Consolidated Independent School District and her website is voteveronica.com. 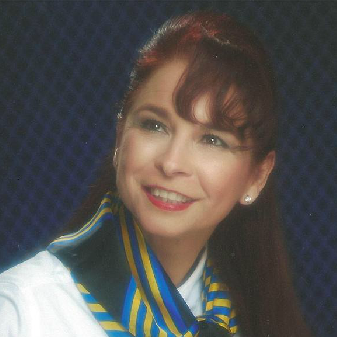 I AM SOCIALLY CONSERVATIVE
1. I believe LIBERAL influence should be kept to a minimum. What does this mean? I want curriculum for students to reflect actual facts about history, science, economics etc. and not one modified to suit political correctness and liberal bias.

2. I operate under a Christian world view as opposed to a secular world view. What does this mean? I believe God has a role in the lives of men and women on a personal level and the affairs of mankind in general.

I AM FISCALLY CONSERVATIVE
1. I believe the smallest and most efficient budget should be used. What does this mean? If the economy shrinks, all state agencies should shrink as well to maintain equilibrium. Each agency should strive for the smallest budget so the State can tax as little as possible.

2. I am against pet projects. Any projects undertaken through the State Board of Education should benefit all districts and not favor just a few districts.

3. I believe in a minimalist governmental role. What does that mean? Hands off and free choice are better than extensive control through the agency. Local control is the best choice for schools to implement and administer curriculum and school policy as long as it follows the curriculum approved by the State Board of Education and the laws of the State of Texas.

INSTITUTING CONSERVATIVE VALUES
1. In 2011, the debate on the teaching of “Intelligent Design” in schools is one that the State Board of Education conservative members lost. I would have voted to include the theory of Intelligent Design as well as the theory of Evolution in the curriculum. “Education” is presenting both sides of an issue. “Indoctrination” is presenting one view with bias.

2. My stated values would be part of the decision process in acting as a representative of constituents’ views (State Board of Education, District 2) in determining curriculum issues; however, contrary outside influence or influences that benefit only a special interest or interests would play only a minor role at best.