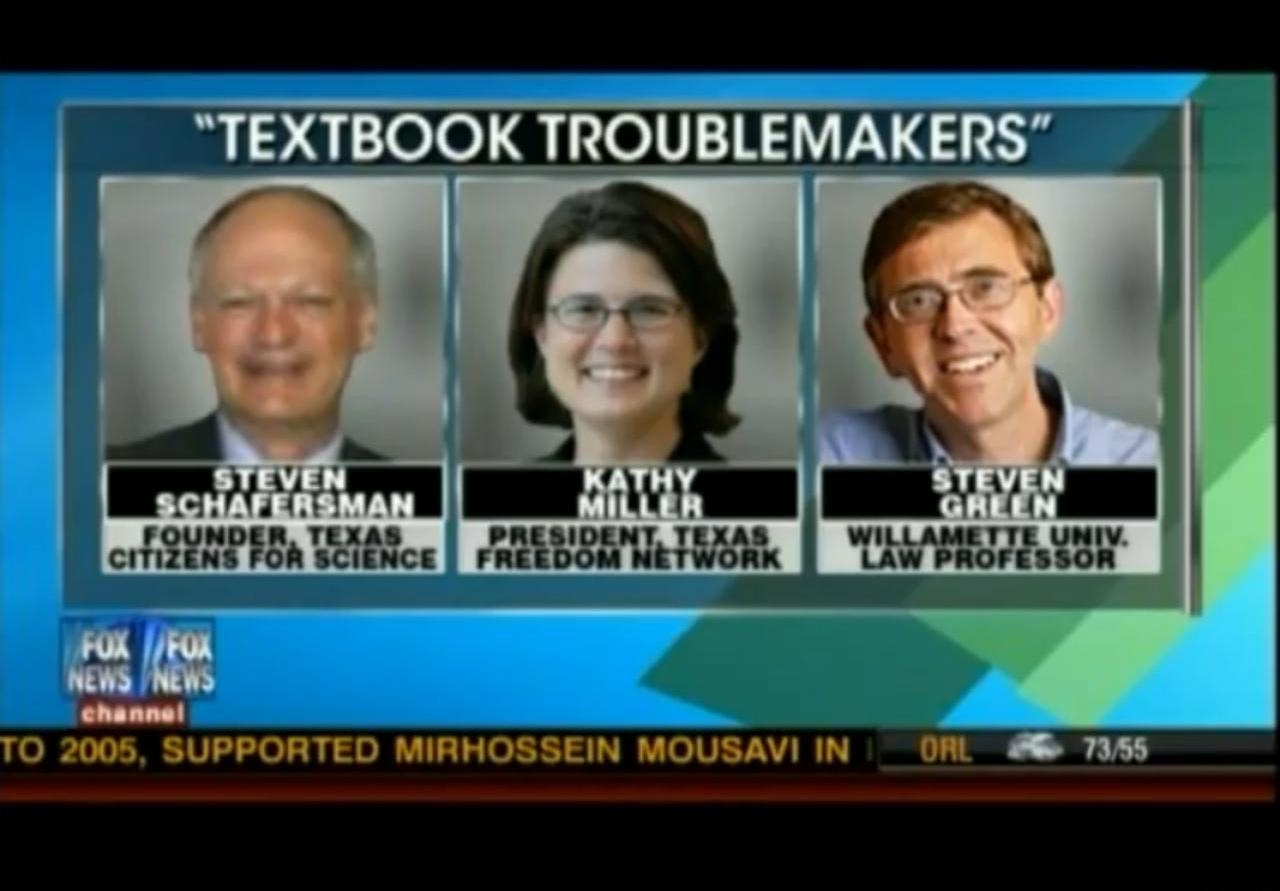 We’re not sure when Fox News used this graphic, but we saw it for the first time yesterday. We had heard Fox commentators referred to Texas Freedom Network President Kathy Miller — on the air — as a “troublemaker” back in March. Fox sent three news teams to Austin that month to cover the State Board of Education’s debate over proposed social studies curriculum standards.

Kathy and the two other people in the graphic — Steven Schafersman of Texas Citizens for Science and Steven Green, a law professor and director of the Center for Religion, Law and Democracy at Willamette University in Oregon — have been outspoken critics of the state board’s politicized revision of the curriculum standards.

Distorting what’s really happening in the Texas curriculum debate, Fox regularly features — and fawns over — spokespeople from far-right pressure groups that support the board’s shredding of standards that teachers and scholars spent nearly a year carefully crafting. The resulting standards are ridiculously bloated and heavily politicized. But Fox labels critics of the board as “troublemakers.”

Fox also bills its news as “fair and balanced.”

UPDATE: Yep, it’s a real Fox News graphic. It appeared in a piece that aired March 9.