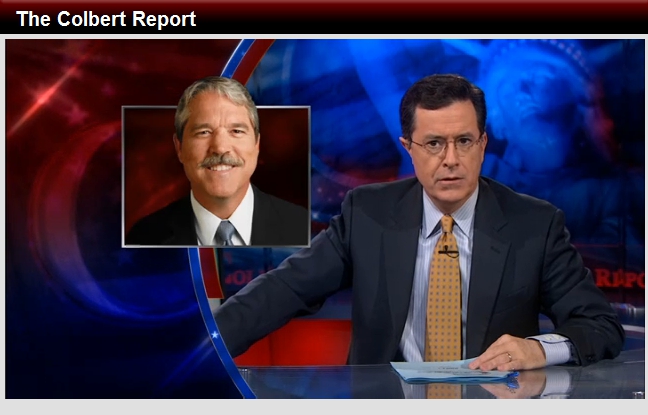 Here we go again. Will Texas ever go, say, an entire year without becoming fodder for the likes of Jon Stewart or Stephen Colbert?

Another Texas lawmaker became the punchline last night on Colbert’s Comedy Central show. This time it was state Rep. Larry Taylor, R-Friendswood, and his use of an ethnic slur during a committee hearing last week.

If your memory needs refreshing, Taylor said this:

To his credit, Taylor, who is running for the state Senate next year, immediately caught himself and was swift in trying to mend fences. He issued a written apology the same day and the following day was on the phone with the Anti-Defamation League to offer a spoken apology.

But, as Colbert pointed out last night, committee hearings usually have those pesky cameras around. And there’s also social media and the press, so Taylor’s comment was already making the rounds when Colbert took his shot.

You can watch Colbert’s bit here.

Ironically, it was about a year ago that the Texas far right got rolling on a campaign to take down House Speaker Joe Straus, R-San Antonio, who is Jewish. That campaign, which appeared to be based at least in part on religious bigotry, landed Texas on Comedy Central’s The Daily Show with Jon Stewart. You can watch the clip from Stewart’s show here. The effort to topple Straus failed.