TFN Insider is pleased to present this guest post from Rev. Beth Ellen Cooper of Northwoods Unitarian Universalist Church. Rev. Cooper participated in TFN’s clergy gathering earlier this week in support of access to birth control and state funding for family planning. She blogs regularly for the Houston Chronicle at Keep the Faith. 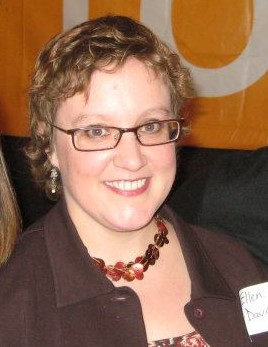 Responsible citizenship demands participation — we’re all reminded of that at voting time. But it can also demand participation outside of electoral processes. On Monday I went to the Austin State House as a woman, a Unitarian Universalist minister, and as a member of the Clergy Advisory Board of the Texas Freedom Network. We held a short service to express our religious and moral conviction that equal and open access to comprehensive reproductive health services is a basic right for all Texas women, and to raise our faith-based conviction that decisions around using birth control are matters of individual conscience, not subject to limitation or coercion by either government or employer.

But it is one thing to pray for justice…and another thing to seek to have it enacted by speaking directly with those who hold the offices that can rectify its lack. So I made arrangements to meet with my legislators, Rep. Steve Toth (R) and Senator Tommy Williams (R) to speak directly to the men who have used their power to curb the autonomy of Texas women.

I’m not sure what I expected. But it wasn’t this.

On entering Rep. Toth’s office, I was greeted by two staffers. I explained that I had an appointment. Rather than ushering me to a quieter place to speak, one staffer sat me down in the waiting area. He took note of my name and role, and I began. I began to explain how I was concerned about reinstating funding cuts to the Texas Women’s Health Program, because Texas is already well above the national average in unplanned pregnancies, and this cut is estimated to result in more than 20,000 more.

I explained how the funding cuts had disproportionately affected those at highest risk — the poor and rural women of Texas — and how unplanned pregnancies show a high correlation with lower educational achievement, higher rates of incarceration, and higher risk of neglect or abuse. This is particularly true when teen mothers don’t have adequate access to family planning services — then both children and mom are at risk.

I explained the glaringly obvious: this legislature has a vested interest in reducing, if not eliminating abortion. The way to reduce or eliminate abortion is to prevent people from getting pregnant in the first place.

I even put it into politi-speak, and gave them financial realities. Unplanned pregnancies already cost the TX Medicaid system upwards of $1.3 Billion a year. Additional unplanned pregnancies mean additional strain in Medicaid costs (have you ever seen a hospital birth invoice?), education costs, and the systemic costs of more people relying on social services. I broke it down. So reinstating a little bit of money now, so women can get exams, be screened for cervical cancer, and assert their basic right to decide when or if to have a child, will save a lot of money later. (I used corresponding hand gestures, to impress upon them the difference, just to be clear. I grew up in the North. One can never be too careful.)

At this point, things got strange. The staffer who was not meeting me looked up and asked, “Do you know anything about the history of birth control?” TRICK QUESTION! My mind screamed. (Is it lawful to heal someone on the Sabbath?) I replied that I knew it helped equalize the status of women and allow us greater self-determination. For the next ten minutes, I was subjected to what I can only call a sermon by these staffers. People should practice abstinence if they don’t want children. Sex for its own sake is part of our sinful world. Single people should be celibate. My morality was questionable. And they “just don’t want to pay for other peoples’ sinful behavior.”

“So,” I asked, “You’re telling me that as a mother of two children who doesn’t want any more that I should either take my chances or never have sex with my partner again?”  The staffers looked at each other.

“Well, we’re married. We’ve been married a year and a half, and we’ve never been pregnant. People should take their own responsibility to make sure they don’t,” she replied. (They are, in fact, married, and members of the same church as Rep. Toth. I assumed at the time that she was implying natural birth control.)

“So you’re telling me that in an ABSTINENCE ONLY state, you expect young people and young adults to be adequately educated to know how to do this!?” At this point, all pretense to neutral, compassionate clergyperson had clearly dissipated. My incredulity was on full display, and I cupped my hands in my lap to catch my eyeballs, should they fall out.

We agreed on this: that decisions that have to do with religious conscience and teaching should be left to homes and churches. But what they couldn’t seem to see…or didn’t want to see…is that by attempting to legislate your own religious convictions, you’re violating the exact sovereignty you just asserted. This, after all, is the reason for the separation of church and state. So that the convictions of the few do not dictate the way the many must live.

Okay, so I did have some expectations. I expected professionalism from the office of my representative. I expected to be heard. I expected that notes would be taken, and the feedback communicated in some form, whether or not my representative agrees with me or not. I expected to be treated with respect as a woman with real concerns, as a constituent of his district, and as a clergyperson. No lie. When they registered that I was a female wearing a stole, their demeanor shifted noticeably.

I realized that expectations of those who claim to follow the teachings of the one who said “Love your neighbor” and who gave healing away for free, and who advocated openly for the poor…are sometimes too high.