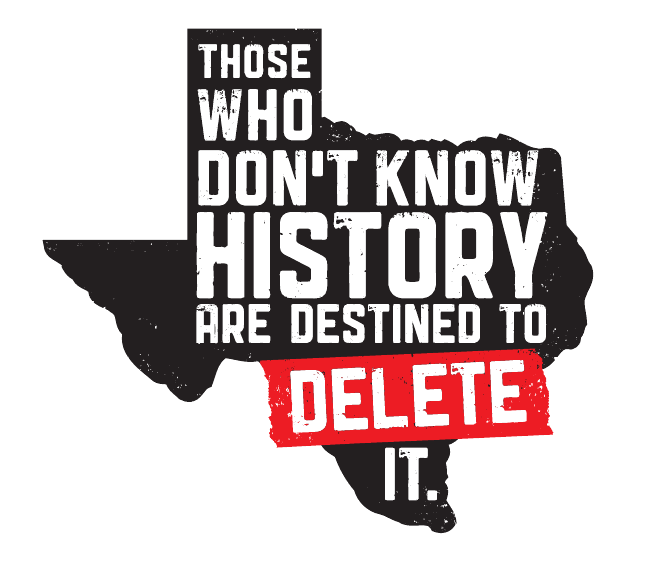 It’s over. The State Board of Education just approved new social studies textbooks and they’re headed to classrooms. So where do we stand?

Perhaps the biggest headline of this whole saga: the important changes made to the books thanks to TFN’s work with scholars and activists like you:

We knew these battles were coming four years ago when the state board adopted politicized standards, so we invested heavily to prepare. We’re already investing for future battles — and we need your support. If you think this work at the SBOE is valuable, then I invite you to say ‘thank you’ with a donation to TFN.

We got important corrections in the textbooks, but I don’t want to imply that the new books are perfect. Many include passages that suggest Moses influenced the writing of the Constitution and that the roots of democracy can be found in the Old Testament. The board and publishers rebuffed repeated efforts to correct those inaccuracies.

And once again the state’s process for approving textbooks was revealed to be a sham, as state board members voted for last-minute changes that they had never even read. Those changes were approved without any input whatsoever from historians and experts.

But here’s my biggest takeaway: TFN is needed in this state more than ever. Our state’s process for approving textbooks is fundamentally broken, and TFN is the watchdog at every meeting keeping extremists from getting whatever they want. TFN works extensively with teachers and scholars to provide specific corrections that eliminate bias and errors in proposed textbooks, something the state’s own review process clearly fails to accomplish.

That level of commitment is expensive, so I ask you to make a contribution to keep up this crucial work. Any gift you make will help offset costs incurred during this round — and will help us get ready for future textbook battles.