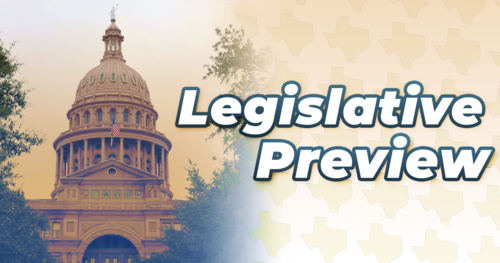 State lawmakers will gather tomorrow at the Capitol in Austin for the official start of the 87th session of the Texas Legislature.

We might not be there in person, at least for now, but rest assured, we’ll still be hard at work advocating for progressive policies.

A lot of things can change, and quickly, during this session that ends in May. But as we write this, here are some major battles we expect to see in this year’s session.

Voting Rights
Republicans have a long history of working to pass unnecessary restrictions that make voting harder. That’s likely to continue. And they’ll use lies about voter fraud surrounding the 2020 presidential election as the excuse. But TFN and Texas Rising will support legislation that actually promotes participation, like online voter registration and expanding access to polling locations.

LGBTQ Equality
In 2020, the U.S. Supreme Court ruled that the 1964 Civil Rights Act protects LGBTQ employees from employment discrimination. It was the kind of step forward we really should see more of at the Legislature. But Texas Republicans still insist on using religion as a license to discriminate against LGBTQ people. We will work to protect all Texans, regardless of who they are or whom they love, from discrimination at work, when they seek services, and in public accommodations.

Attacks on Local Control
Some mid-size and large cities in Texas in recent years have done what the Legislature won’t and implemented popular progressive policies, like LGBTQ anti-discrimination protections and paid-sick leave policies for working Texans. Far-right lawmakers and their activist allies don’t like that at all. We will fight against attempts to take cities’ ability to decide what is best for their communities.

Abortion
The ideological shift on the U.S. Supreme Court will only embolden anti-abortion extremists who see an opportunity to further restrict or outright ban the procedure in Texas. TFN will stand up for protecting the right of Texans to make decisions about their own reproductive health care, including whether or not to have an abortion.

Redistricting
The 2020 Census is almost complete, which means lawmakers need to draw new district maps for the Texas House and Senate, State Board of Education and Congress that will be in place for the next decade. TFN will work for maps that are drawn fairly so that Texans are able to choose the representation they want in Austin and in Washington.

The Budget
The state Constitution requires the Texas Legislature to pass only one thing every two years: the state budget. Because the downturn in the economy is expected to impact state coffers, we expect conservatives to try to to balance the budget on the backs of working Texans and by defunding critical services, all while coddling corporate interests. In 2011, for example, the Legislature responded to the economic recession by stripping our neighborhood public schools of more than $5 billion in funding.

These are just a few issues, but we’re sure there will be more.

And we’ll be there, all session long, fighting for progressive Texans like you.