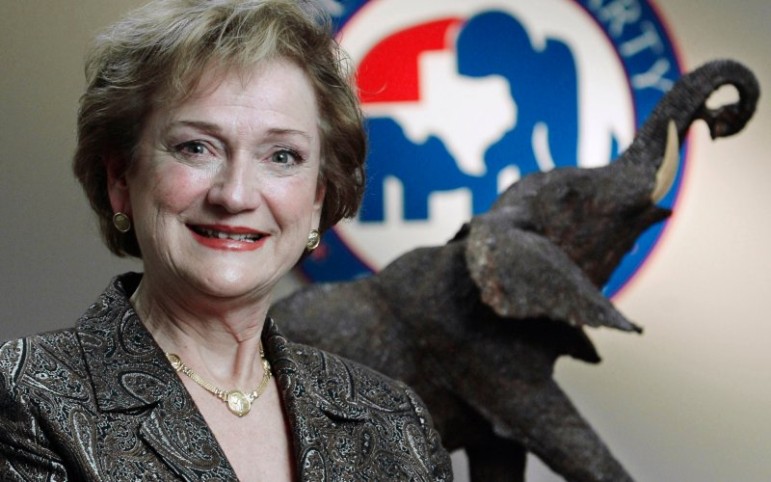 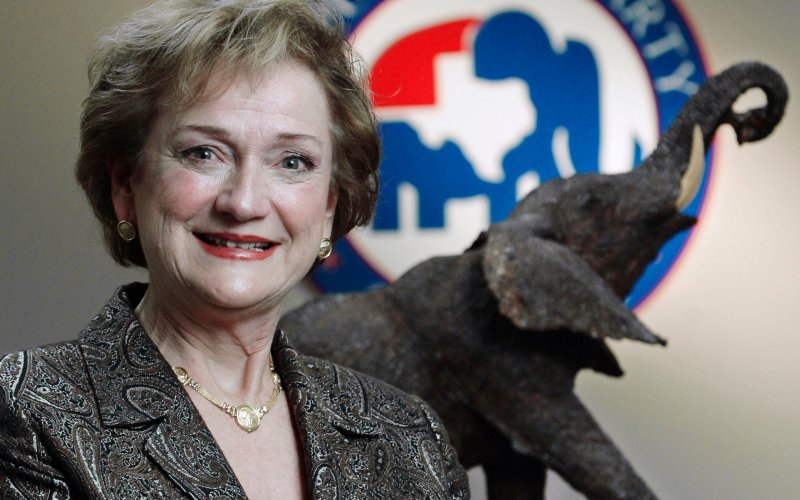 Donald Trump’s campaign for the Republican presidential nomination has been exposing fissures in the network of right-wing pressure groups that have long supported the GOP. Now a prominent Texas GOP and religious-right activist seems to be playing a key role in behind-the-scenes intrigues that are fueling charges of conspiracy and betrayal.

Cathie Adams (pictured), a former Texas Republican Party chair who is seeking the post of party vice chair this year, appears to be engaged in a nasty power struggle over the leadership of one of the oldest and most influential far-right organizations in the country — Phyllis Schlafly’s Eagle Forum.

Adams recently resigned as head of Texas Eagle Forum as she campaigns for the Texas GOP post, but she remained on Eagle Forum’s national board. A few weeks back, however, she criticized Schlafly’s endorsement of Trump for president. Adams, who supports Texan Ted Cruz for president, claimed that Schlafly — who is 91 and Eagle Forum’s CEO and board chair — had been “manipulated” into making the Trump endorsement.

You had to know that wouldn’t sit well with Schlafly and those close to her.

This past Saturday, Eagle Forum’s president, Ed Martin, blasted out a scathing email claiming that Adams and five other Eagle Forum national board members were part of a “conspiracy” with a “big, liberal law firm” to “push Phyllis Schlafly out of Eagle Forum”:

“Things are happening that are disturbing. In just two days, on this coming Monday afternoon, six directors of Eagle Forum are holding a rogue meeting in violation of the Bylaws unless they are stopped. The rogue group members have a hidden agenda, and most refused to return phone calls personally made to them by Phyllis to ask what their concerns are.”

In going down the list of the six accused conspirators, Martin charged that Adams had “disparaged and insulted Phyllis in a publicly quoted interview.” He went on:

“Last night we found out that Cathie Adams gave a new on-the-record press interview about this and is trying to push her agenda. Thanks to Cathie we will now see this terrible betrayal of Phyllis play out in the media!”

He provided the email addresses and phone numbers of Adams and her colleagues and asked supporters to tell them “to cease and desist” in their attempts to “hijack Eagle Forum for their own purposes.” He even likened the alleged conspirators in the “hostile takeover” attempt to a number of historical and political enemies:

“Phyllis has always stood up to bullies wherever they are found: the Soviets, the feminists, liberals of every stripe, and those who would undermine Phyllis’ successful leadership of Eagle Forum.”

Then on Sunday, Schlafly herself sent out an email demanding that Adams and the other five board members tied to her resign immediately from the organization’s national board:

“For reasons that are not entirely clear to me, some people have been working to attack me and Eagle Forum. My disappointment is compounded by the fact that these are people with whom I have worked closely in the past. I have asked them to resign from the Board immediately so that we may continue our important work.”

Watching this fight between Schlafly and Adams is fascinating. Both are among the most extreme and nastiest voices on the right.

Schlafly founded Eagle Forum in 1972 to stop passage of the Equal Rights Amendment. She even claims that unmarried women tend to vote Democratic because they want welfare:

“Unmarried women, 70% of unmarried women, voted for Obama, and this is because when you kick your husband out, you’ve got to have big brother government to be your provider.”

And that’s just a taste of the vicious things both have said and done over the years. Now they’ve turned on each other. This will be fun to watch.