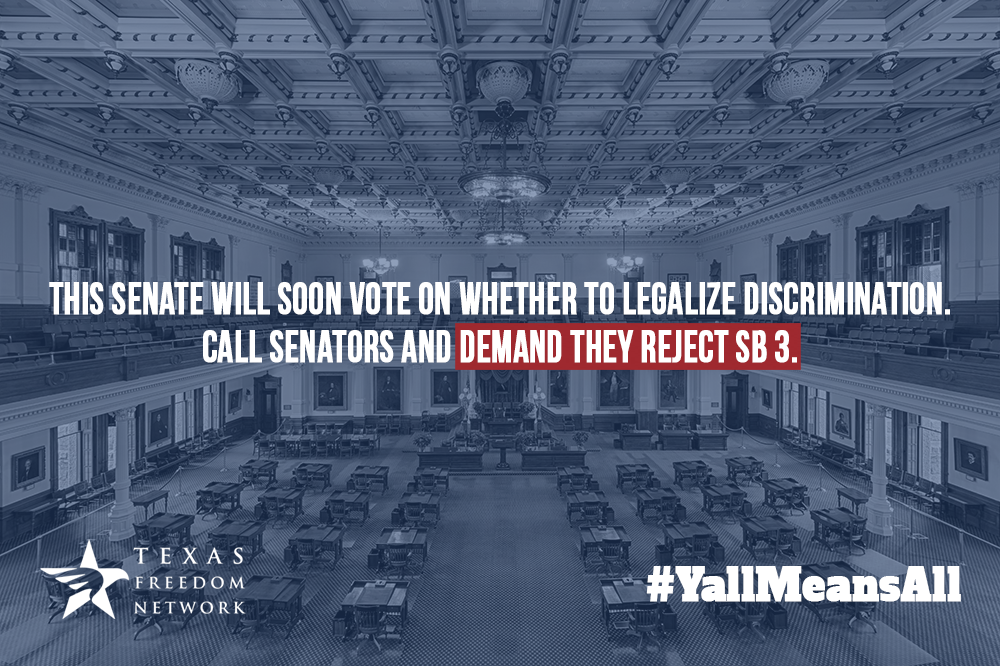 The discriminatory “bathroom bill” championed by Lt. Gov. Dan Patrick is moving swiftly, and faces a vote by the full Texas Senate soon.

Please contact your state senator and tell them that you want a state that respects the right and dignity of ALL Texans, including our LGBTQ neighbors.

Call your senator today and tell them to vote “No” on Senate Bill 3!

Enter your address to get your senator’s contact information

When you call, tell them you oppose SB 3 because: