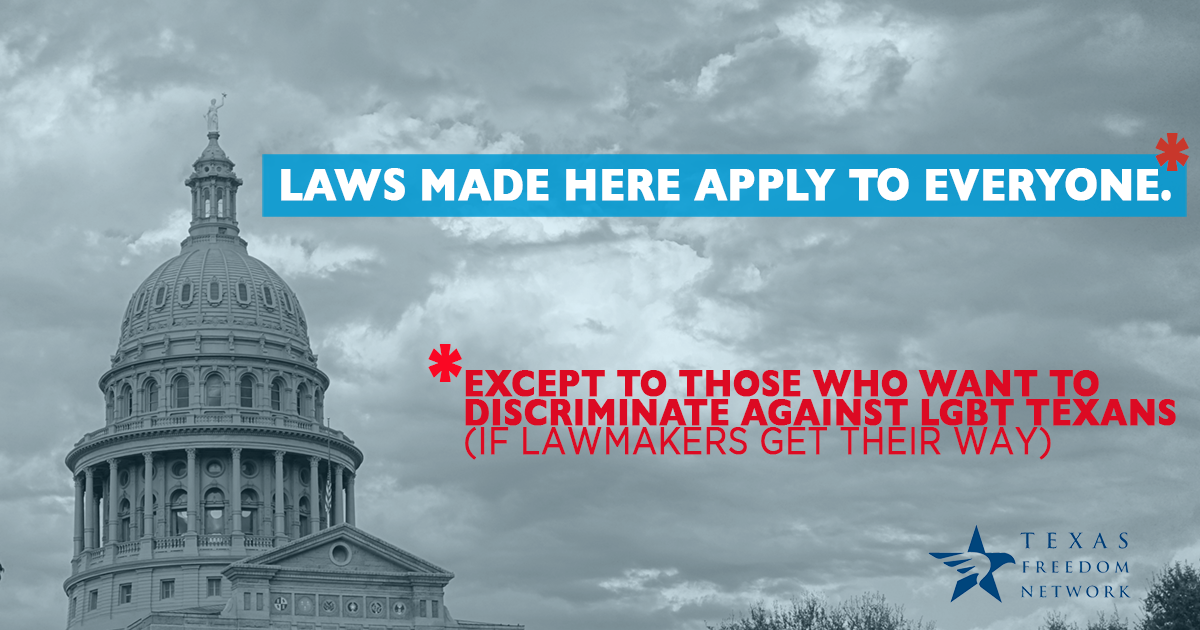 Texas lawmakers are still — still! — trying everything they can to undo the landmark U.S. Supreme Court case that made the freedom to marry legal nationwide.

Senate Bill 522 by state Sen. Brian Birdwell, R-Ganbury, allows county officials and employees to refuse to issue marriage licenses to couples to whom they have personal religious objections. That could include same-sex couples but also people who have been previously divorced, couples who have lived together outside of marriage, interfaith couples and many others. Even worse, taxpayers would be forced to continue paying the salaries of these officials when they refuse to do their jobs and even discriminate against those very taxpayers.

The bill is headed for a vote by the full Texas Senate. Call your senator and tell them to oppose discriminatory bill.

When you call, tell your senator: