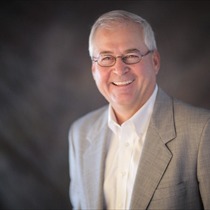 Marty Rowley has not yet filed for the District 15 seat currently held by Bob Craig, who is not seeking re-election. However, Rowley has told numerous media outlets that he is seeking the seat. We have not found a website nor a formal announcement for Rowley, a former pastor and currently an attorney in Amarillo. You can read an Abilene Reporter-News story about his candidacy here. An excerpt from that story:

The State Board of Education has been mired by controversy over changes in public school curriculum in recent years, particularly in science and social studies.

[Opponent Anette] Carlisle, a longtime Amarillo school board trustee, said she believes the board should seek more input from educators and experts in the fields they are studying before enacting curriculum standards that are “ridiculed by folks across the United States.”

Rowley said he offers a differing viewpoint and favors the ideological direction some of the most conservative members of the board have taken with curriculum. He also said he believes his experience as a professional mediator will help bring compromise and consensus to the board.

UPDATE for 12/15/2011: Rowley’s website and blog are up and include this announcement from December 8:

Amarillo, Texas—Surrounded by a large group of family, friends, and Republican activists, Amarillo attorney, mediator, and community leader, Marty Rowley formally kicked-off his Republican campaign for the newly drawn District 15 seat on the Texas State Board of Education. Rowley is seeking his party’s nomination in the March 6, Republican Primary.

In making his announcement, Rowley said he would bring a conservative approach that focuses on the needs of our children and the concerns of Texas taxpayers to the Texas State Board of Education, the state agency responsible for establishing policy and providing leadership for the Texas public school system.

Composed of 15 elected members, the State Board of Education adopts rules and establishes policies that govern a wide range of educational programs and services provided by Texas public schools. The commissioner of education serves as chief executive officer of the board and supervises the administration of board rules through the Texas Education Agency. Together the board, the commissioner, and the agency facilitate the operation of a vast public school system consisting of 1,237 school districts and charter schools, more than 8,400 campuses, more than 659,000 educators and other employees, and more than 4.8 million schoolchildren.

“As a certified, professional mediator, I believe have the unique ability to bring people together towards a beneficial resolution. As a concerned parent and citizen, I can directly relate to the millions of parents whose children’s futures depend upon the Texas public school system,” Rowley said.

Rowley said that he was accustomed to handling complex issues with intelligence, innovation and diplomacy, after spending over 20 years as a Board certified attorney, and seven years as a former pastor of an 8,000 member church. As the father of three children, all of whom graduated from Texas public schools, he said he knows the joys and frustrations that come with raising kids into responsible adults and knows full well the critical importance of resolving the challenges that face our schools and schoolchildren in the future.

Following the 2010 decennial census, the Texas Legislature redrew the fifteen State Board of Education Districts to accommodate the population shifts that had occurred during the previous ten years. District 15 now includes 77 West Texas, High Plains, and Panhandle counties and includes a population of almost 1.7 million Texans. Rowley said that he is a good fit for the sprawling district because has lived and worked in the district for most of his adult life and that it is where he raised his children. He said he would take his Republican campaign for the State Board of Education across the 15th district.

“Within those 77 counties are hundreds of school districts and campuses, thousands of teachers, and hundreds of thousands of Texas school children, who deserve a strong advocate fighting for their interests on the State Board of Education,” Rowley said. “So do the taxpayers who pay for our public school system. They too deserve a strong conservative voice that will fight for more local control, less bureaucracy and red tape, and for more accountability for our public schools,” Rowley added.

Board of Trial Advocates and has served on the Northern District of Texas Civil Justice Advisory Committee.

Rowley earned his Juris Doctorate degree from Texas Tech School of Law, where he was on the 1982 National Championship Trial Advocacy Team. He earned a Bachelor of Science in Business Administration with a minor in Speech Communication from Eastern New Mexico University in 1979.

Rowley said that his he has a profound respect for those who have dedicated their careers to improving children’s lives through their work in the public schools. He said that his mother has served on her local school board for a record 27 years and that his two sisters and his sister-in- law are all public school teachers.

Rowley and his wife Cindy have been married for almost 30 years. Together, they are the parents of three children; Matthew, Michael and Theresa.