Jeff Fleece announced on Tuesday that he will seek the SBOE District 10 seat currently held by Marsha Farney, who is not seeking re-election to the board. His website can be found here. 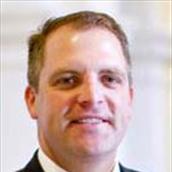 Jeff Fleece has officially filed to enter the race for the Texas State Board of Education District 10. Fleece initially announced his candidacy for the Texas House of Representatives District 20 in October, but was encouraged to run for the SBOE by voters in the district who were looking for strong conservative representation on the SBOE. “The State Board of Education plays a critical public policy role by overseeing the public education system and by managing the $25 billion Permanent School Fund which funds textbook purchases for Texas’ 5 million students. I intend to be a strong conservative voice to ensure that these critical assets are protected and developed to face the challenges of the next century,” Fleece said.

“I was honored today to file my application for a place on the Republican ballot for the Texas State Board of Education District 10,” said Jeff Fleece. “I hope to continue my commitment to public service that started when I was 18 years old and took my first oath to protect and defend the Constitution as a cadet at West Point and continued through my selfless service to the State of Texas as the Deputy Chief Information Officer of the Texas Health & Human Services Commission,” Fleece said.

Jeff Fleece is a 1994 West Point graduate with a degree in mechanical (aerospace) engineering. In 2003, he earned a Masters in Business Administration from the University of Texas in Austin. Fleece attained the rank of Captain in the U.S. Army and served for five years, including service in Kuwait with the 1st Cavalry Division. Fleece was the Republican nominee for House District 50 in 2006 and also served as the Vice Chairman of the Travis County Republican Party. He has extensive experience as an executive in commercial and government technology roles. As the Deputy CIO for the Texas Health & Human Services Commission, Jeff led numerous mission-critical technology modernization projects that improved services for the neediest Texans while saving taxpayers millions of dollars. Fleece has a proven ability to efficiently manage a state budget by using the best practices from business that he has mastered through over a decade of key business leadership roles. Fleece has recently returned to the private sector in a key cloud computing leadership capacity.

Jeff has been happily married to his wife Nicole for 13 years; they have resided in Williamson County for two years after living in Travis County for over a decade. Nicole is president of a consulting firm and a national ambassador for a major multiple sclerosis advocacy organization.