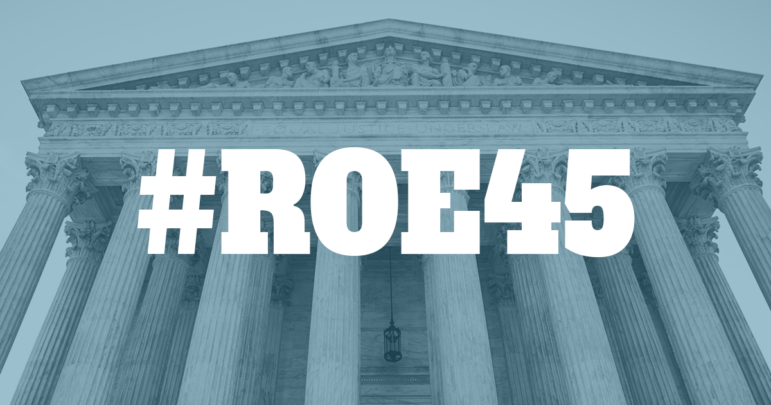 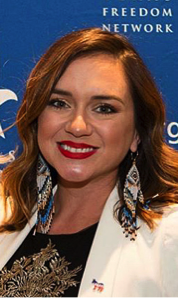 Today marks the 45th anniversary of Roe v. Wade, the landmark Supreme Court decision that established the constitutional right to an abortion. The constant and unwavering attacks on our reproductive freedoms make the significance of this decision as important today as it was 45 years ago.

I write today not only to honor this momentous decision and urge you to continue the fight for reproductive justice, but to share my story.

Growing up, I never expected to attend college. But once my career as a hairstylist and makeup artist was thriving I gained the courage and confidence to enroll in community college and pursue my education. Shortly after going back to school I learned that I was pregnant. A rush of emotion overcame me as I thought of how hard I had worked to get here, what my future would look like now, and what my family would think. My sisters and many other loved ones were young mothers. Throughout my life, I witnessed the struggles they faced as the result of unplanned teenage pregnancies — struggles that were exacerbated by our socio-economic and first-generation status. While I was not a teenager I was in no position to be a mother. I decided then that I would have an abortion.
Many years went by before I felt the significance of my decision.

In July of 2013, like many of you, I attended the People’s Filibuster of HB2 (the anti-abortion bill that was later struck down by the Supreme Court) at the Texas Capitol. That night, I was moved by how lucky I was to have had autonomy over my life and decisions all those years ago. In that moment, I felt a kinship to folks fighting for their rights and those who would have to unfairly bear the burden of that weight. I made a pledge to myself to never stop fighting for others’ right to do the same.
Soon after that I was admitted to the University of Texas at Austin. That’s when I joined the Texas Freedom Network as a student organizer. Through TFN’s Texas Rising program I learned how to advocate and organize on behalf of reproductive rights and justice: I was on the path. Today, I am proud to be a member of the staff of the organization that equipped me with the tools and knowledge to become a lifelong activist.

In honor of the 45th anniversary of Roe v. Wade and TFN — the organization that gave voice to my passion for activism — I am becoming a Freedom Fighter.

I invite you to stand with me as a Freedom Fighter and renew your own pledge to fight for reproductive rights and justice today.