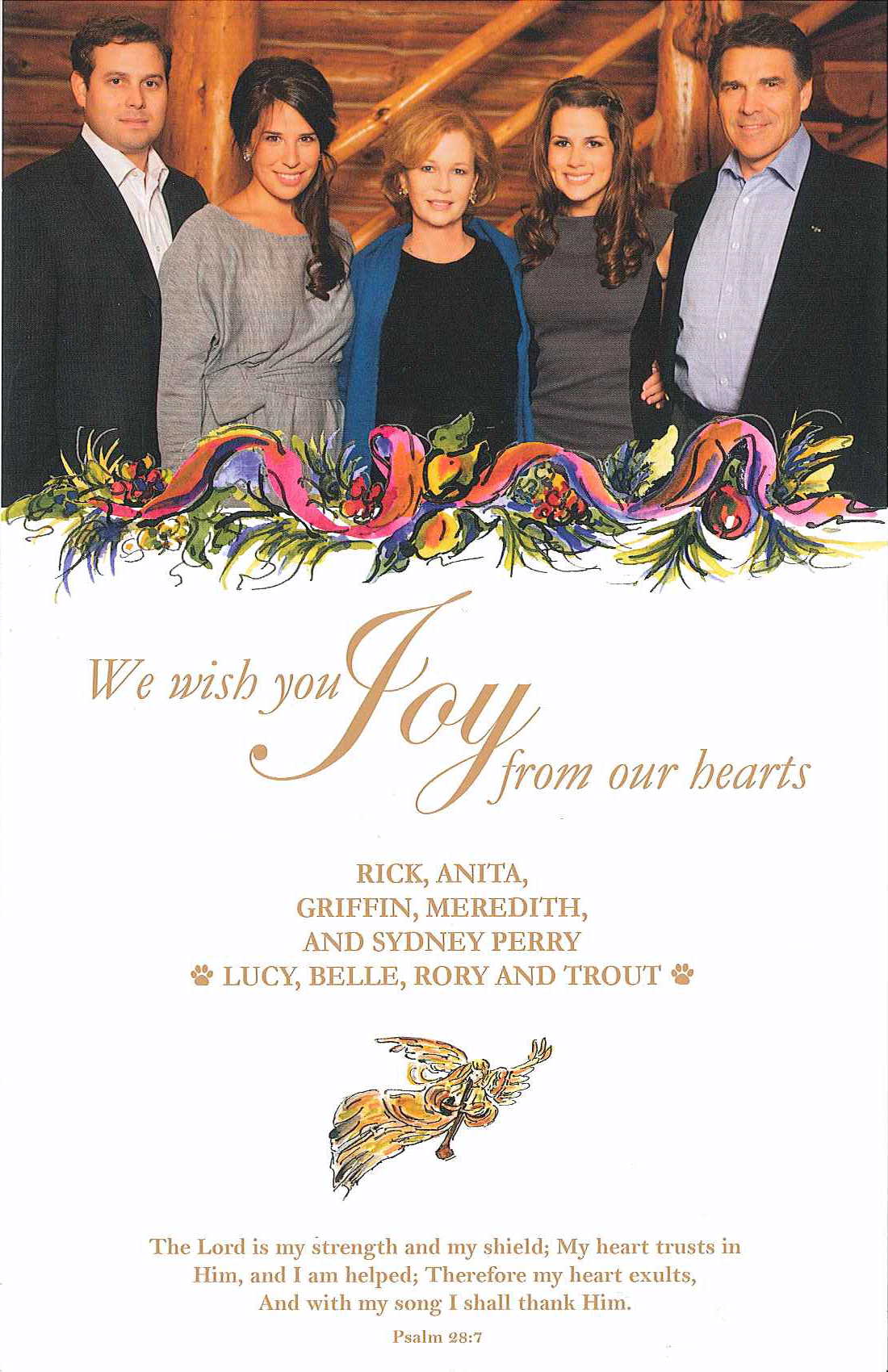 In his 2008 book, On My Honor: Why the American Values of the Boy Scouts Are Worth Fighting For, Texas Gov. Rick Perry criticizes the American Civil Liberties Union for supposedly engaging in a “war on Christmas” by forcing schools to remove references to Christmas in holiday programs and decorations.

Last year one of Gov. Perry’s loudest supporters, Liberty Institute — Texas affiliate of Focus on the Family — absurdly claimed that curriculum writers were trying to keep public school students from learning about Christmas in their social studies classrooms, shrieking: “Merry Christmas: Don’t be afraid to say it!”

But maybe Liberty Institute should have a chat with Gov. Perry and find out whether he’s “afraid to say it.” As in the past, Gov. Perry’s holiday card to thousands of his closest friends doesn’t say a word about Christmas. Click on the picture for the full version.

The Perry family wishes “joy from all our hearts,” and the card includes a Bible verse.

The American Family Association is in the middle of its annual boycott of businesses that wish customers “Happy Holidays” rather than “Merry Christmas”:

So where are the howls of protest from the religious right about Gov. Perry’s personal “war on Christmas”? We hear nothing but crickets chirping. Why? Because groups like AFA and Liberty Institute aren’t serious. Their “war on Christmas” nonsense is just a gimmick — one that uses faith as a political weapon to divide Americans and to raise more money. ‘Tis the season to be a hypocrite, apparently.