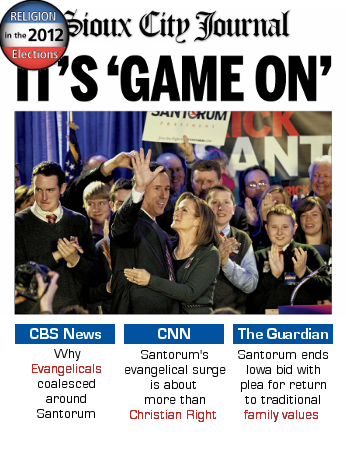 Some thought that as Rick Perry faded from the presidential race, so would the culture wars. And then we saw a late push by evangelicals in favor of former Sen. Rick Santorum in the Iowa caucuses.

That is why on January 25 in Houston the Texas Freedom Network will give you two unique opportunities to hear from some of the nation’s leading experts on the turbulent intersection of religion and politics in America:

We hope you will make plans to join us on January 25 in Houston when we’ll hear from Pitts, a nationally syndicated columnist whose work appears regularly in newspapers around the country; John Green, one of the nation’s preeminent students of the relationship of religion and politics; Gordon College President Michael Lindsay, an award-winning sociologist who is among the youngest presidents in the country among nationally ranked colleges and universities; and a host of other experts on topics ranging from Islamophobia to abortion and gay rights.

More details (including a full list of speakers) and registration information are available at tfn.org/symposium