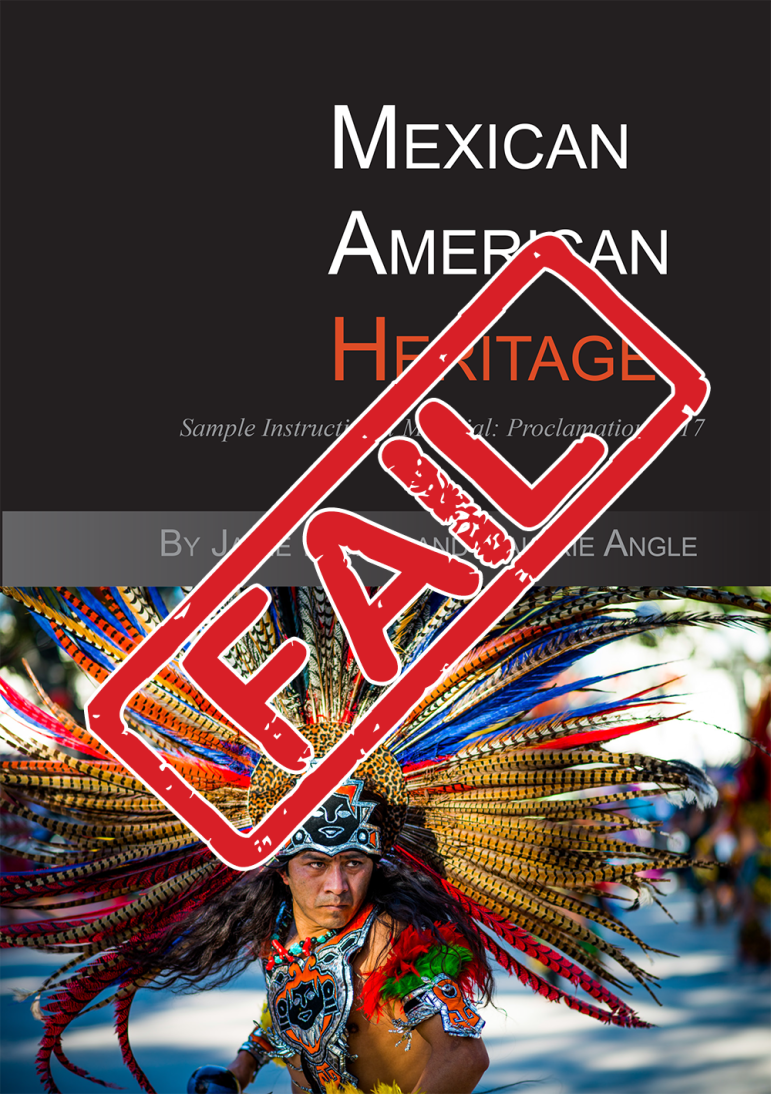 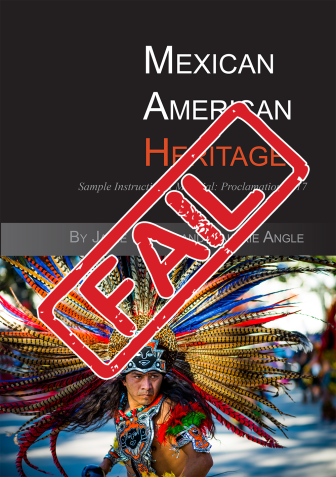 The Mexican American Heritage textbook submitted to the State Board of Education for adoption in Texas this year doesn’t just promote offensive racial stereotypes and distort the history of Mexican Americans. It also teaches some pretty twisted and politicized history about slavery, the Civil War and racism.

Prof. Emile Lester from the University of Mary Washington has identified numerous problems in his review of the textbook’s coverage of the Civil War and Reconstruction. One of the worst problems: the textbook’s perverse suggestion that Reconstruction and persecution of white southerners were somehow responsible for racism and discrimination against African Americans.

Prof. Lester notes that the textbook fails to discuss the Black Codes, which southern states passed after the Civil War as a strategy for severely limiting the rights and freedoms of African Americans. Congress responded by passing the Reconstruction Acts and imposing military rule on the former Confederate states in an effort to protect those rights and freedoms. But here’s how the textbook describes what happened (page 357):

“Forcing civil rights on Southern states during Reconstruction failed because it bypassed representational avenues and trumped the beliefs of millions of citizens, including veterans and previous legislators from the South. While freed slaves were being mass registered for the Republican Party by Republican governors, southern white citizens had been disenfranchised.”

That’s a bizarre and truly twisted accounting of history. First, Congress passed civil rights laws that trumped the “beliefs of millions of citizens” because those citizens enacted laws that undermined freedom and equality of former slaves. Second, the complaint that “southern white citizens had been disenfranchised” ignores the fact that they had engaged in armed rebellion against the Constitution, government and laws of the United States.

As Prof. Lester also points out, once Reconstruction ended, southern states passed laws that effectively swept away the freedoms, rights and protections that African Americans had gained after the Civil War. He writes:

But Cynthia Dunbar’s textbook rewrites this history by suggesting that the real problem after the Civil War was the federal government’s supposed persecution of white southerners.

This shouldn’t surprise anyone. You might recall that when Dunbar served on the Texas State Board of Education in 2010, she helped rewrite public school curriculum standards that also twisted the history of slavery and the Civil War. Now she has published a “history” textbook that promotes much of that same revisionist history. Some other examples from the textbook:

The State Board of Education will likely hold public hearings on the Mexican American Heritage textbook in September and November, with a final vote set for that November meeting. You can add your name to a petition calling on the state board — as well as local school districts — to reject the textbook and ensure that it never makes it into Texas classrooms.