Right-wing pooh-bahs in Texas are exploding in rage over today’s Supreme Court ruling upholding health care reform. We’ll have more coming later, but we thought this one from Michael Quinn Sullivan — head of the anti-government group Empower Texans — was really over the top. 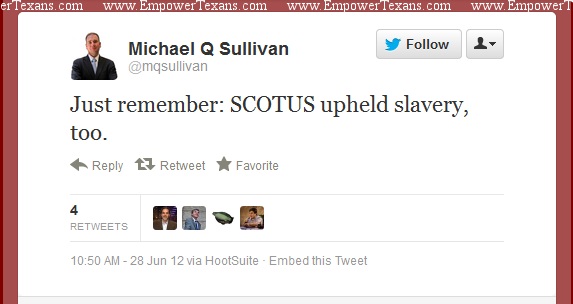