Governor: Abstinence Worked for Me!

Pull up a seat and watch this two-minute clip of Texas Governor Rick Perry mounting the most tortured defense of abstinence-only education you’ll ever encounter. 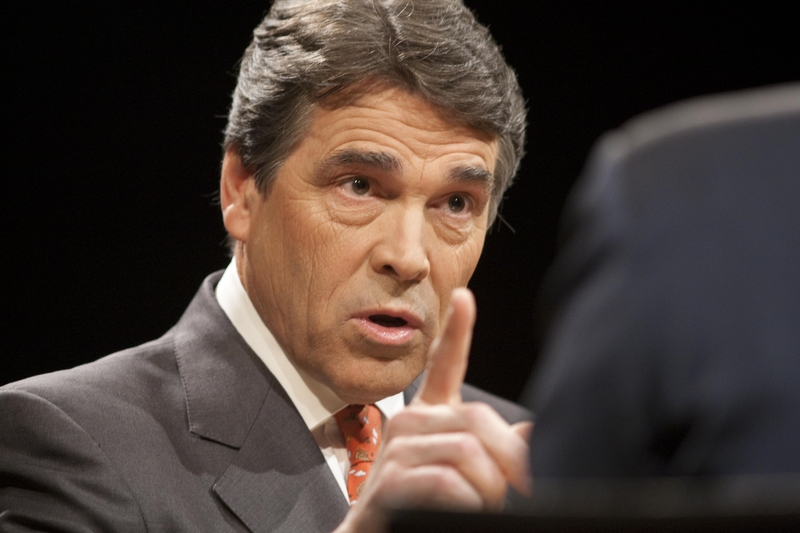 For those of you who lack the stomach to watch the clip for yourself, here’s the gist. When asked why he continues to support abstinence-only education in Texas schools, Perry gets personal:

“I’m going to tell you from my own personal life, abstinence works!”

First of all, TMI!

But more importantly, Governor, Texas has one of the highest teen birthrates in the country, so your own chaste adolescence notwithstanding, I don’t think this approach is working for everyone. Want to take another crack at it?

“If the point is we’re going to go stand up here and say y’all go have sex…I’m sorry, you can call me old-fashioned if you want, but that is not what I’m going to stand up in front of the people of the state of Texas and say that is the way we need to go and forget about abstinence.”

Okaa-aay. Hard to argue with that. I don’t think too many people want teachers standing up in front of classrooms encouraging teens to have sex. Nice try, but that sort of side-steps the issue, doesn’t it? We’re pouring millions of dollars into abstinence-only programs that don’t work. As a self-described fiscal conservative, Governor, surely you must have a response to the charge of wasteful spending.

On this point, I’ll have to summarize the governor’s response because it’s impossible to find a coherent soundbite in his bumbling analogy. The governor essentially says: well, we spend lots of money on wasteful, useless programs like steroid testing, so why shouldn’t we waste money on abstinence-only programs?

Didn’t expect that, did you? (You can almost hear the governor’s campaign staff pulling their hair out in the background.)

For a moment there, I almost felt a little pity for the governor. He’s being asked to defend the indefensible — there is no reasonable answer to the question of why Texas continues to double-down on a disastrous public health policy that has been proven ineffective. But then I remembered that the governor and scores of Texas lawmakers have made a calculated political decision to sacrifice the health and well-being of millions of Texas teens in order to score political points with the tiny minority of social conservatives who support abstinence.

Then I just felt angry.