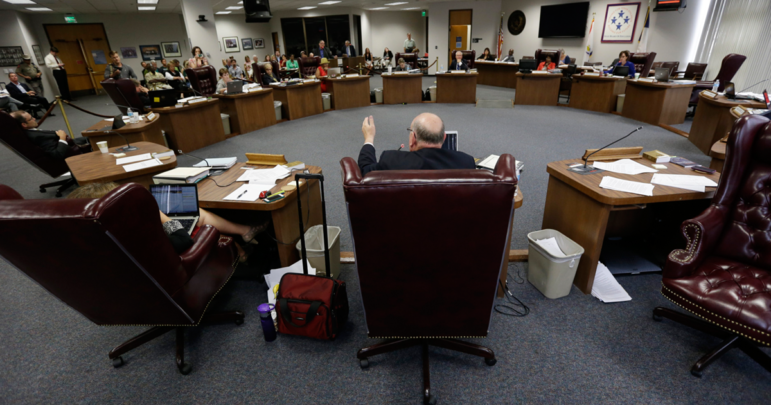 Tuesday’s Texas primary elections featured seven State Board of Education races and, in short, there were no surprises. All of the incumbents moved on to the general election in November, most of them winning easily. Even the most compelling race, the Republican primary in District 11, ended with the incumbent easily defeating two far-right candidates.

Here’s how things finished on Tuesday.

Democrat Marisa Perez-Diaz won by 50 points over Dan Arellano to secure re-election. There are no Republicans running in this district.

Democrat Lawrence Allen also secured re-election by defeating Steven A. Chambers in the primary. There are also no Republicans in this district.

Democrat Elizabeth “Eliz” Markowitz and Republican Matt Robinson had no challengers in their primaries and will now face each other in November to fill the seat being vacated by retiring Republican David Bradley.

The Republican primary in this district is the SBOE race that drew the most attention. It featured incumbent Pat Hardy, considered by some as a swing vote on the board, facing a challenge from a candidate that supported private school voucher schemes and teaching creationism alongside evolution and another candidate who traffics in ridiculous conspiracy theories. In the end, Hardy won and will avoid a runoff. Hardy’s general election challenger will be Democrat Carla Morton.

On the Democratic side, Suzanne Smith won with 48 percent of the vote — not enough to avoid a runoff. But, according to Smith, second place finisher Laura Malone-Miller has decided to concede the runoff. Smith will face Pam Little in November. The seat is open due to incumbent Republican Geraldine “Tincy” Miller’s decision to retire.

There were no contested primaries in this district. Democrat Aicha Davis and Republican A. Denise Russell will face each other in November. The seat is currently held by Democrat Erika Beltran, who did not run for re-election.