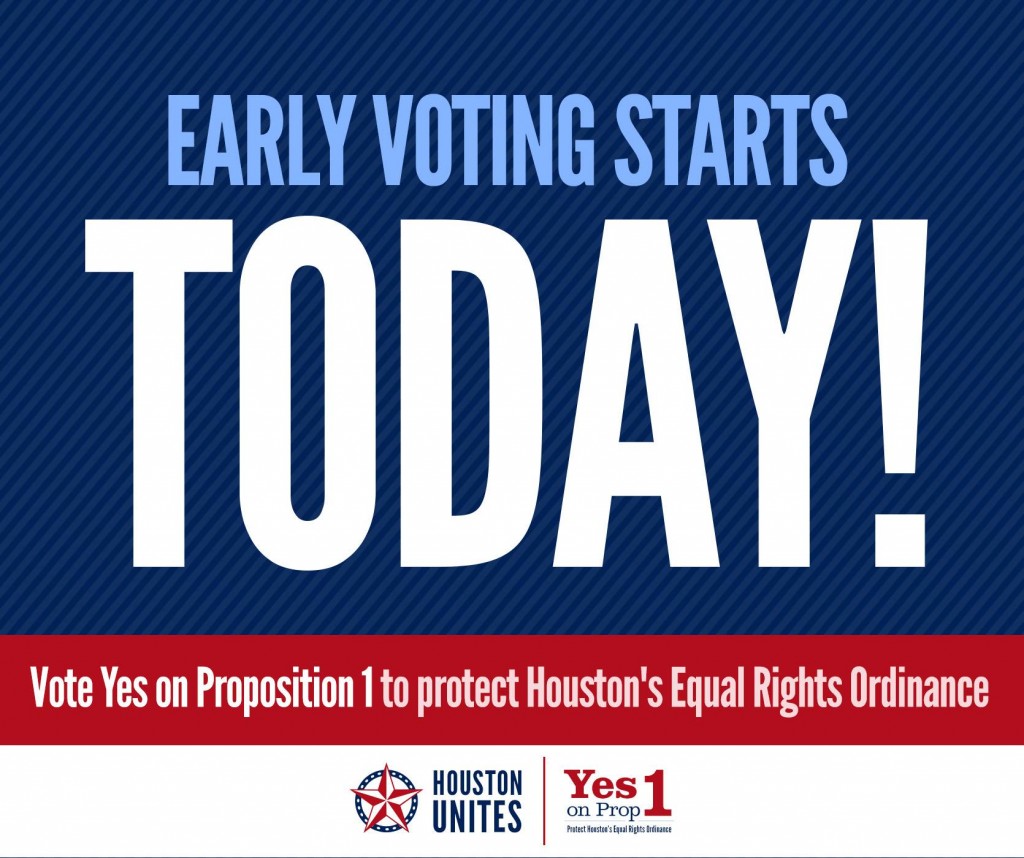 Religious-right groups have use increasingly extreme and even incendiary attacks in their cynical and deeply deceitful campaign against the Houston Equal Rights Ordinance. Now voters can take a stand against hate and discrimination.

But no matter where you live, you can support this critical nondiscrimination ordinance in the state’s largest city.

If you live in Houston, make sure you head to the polls to cast your ballot for equality. Click here for important voting information, including the locations for early voting. Whether you live in Houston or outside the city, the Houston Unites campaign provides a variety of other ways to help — including how to help spread the word to friends and family (especially eligible voters in Houston).

No one should be discriminated against because of who they are or whom they love. HERO protects everyone against discrimination based on race, age, pregnancy, religion, military status, sexual orientation, gender identity and other characteristics. That’s a core value we all share. Vote YES on Proposition 1.

2 thoughts on “Early Voting Starts: Take a Stand for Equality and Against Discrimination in Houston”