Cynthia Dunbar, the former Texas State Board of Education (SBOE) member whose company is now trying to sell a seriously flawed and insulting Mexican-American studies textbook to Texas public schools, has finally spoken out about the textbook. And her explanations are kind of Trumpian. 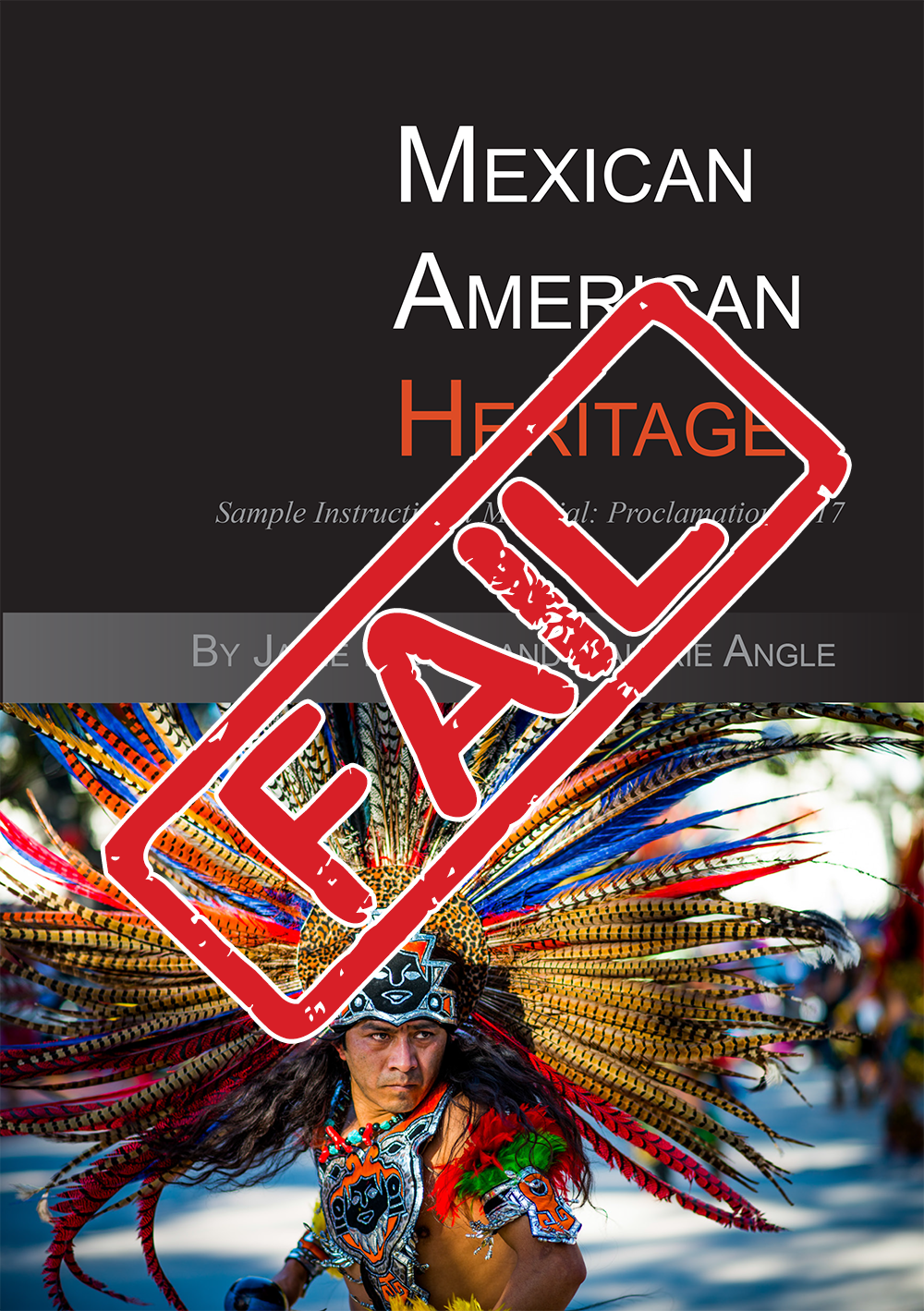 After dodging multiple media requests, Dunbar finally agreed to an interview about the textbook with the Houston Chronicle for an article published yesterday. Her lone other public comment, that we know of, came last week when she provided a statement to Fox 7 Austin, in which she said critics had “taken out of context” the numerous offensive passages identified thus far by Mexican-American studies experts.

In the Chronicle interview it’s as if Donald Trump himself wrote Dunbar’s talking points in defense of a textbook that Trump would love, which is fitting because Dunbar was previously a co-chair of Ted Cruz’s presidential campaign in Virginia but is now committed to Team Trump.

About the troubling passages in the textbook that promote offensive stereotypes of Mexican-Americans, Dunbar says this:

In an interview with the Houston Chronicle on Tuesday, Cynthia Dunbar said she was saddened by the criticism and defended the work, saying “the last thing in the world that we want this book to do is to promote any kind of negative impression of Mexican-Americans.”

Dunbar also explains her refusal to give interviews about the book in much the same way in which Trump explains his refusal to release his tax returns. From the article:

Dunbar said she had not agreed to interviews previously because the book is still being vetted by the Texas State Board of Education.

“I never, ever heard of a book in the history of the Texas state board that has been attacked prior to completion,” she said. “So the entire process seems a little bit unorthodox.”

“Attacked” is not the word we would use, but Dunbar was once an SBOE member, and she knows full well that numerous experts, individuals and organizations have for years vetted textbooks before they go before the SBOE. In the case of Dunbar’s textbook, experts have found so many distortions and errors that they are urging the SBOE to reject it. So to say that her company’s textbook is the first to come under this kind of scrutiny is to say something that’s simply false.

More from the Chronicle article:

Dunbar said that her company is working with experts to clarify or fix anything that needs to be changed, so as to put out a “most excellent book.”

Basic question: Just who are these “experts” and what are their qualifications? Follow-up question: Why didn’t Dunbar use these “experts” when the book was written in the first place? After all, the authors and contributors of the text don’t appear to have any expertise in Mexican-American studies.

TFN is part of a coalition calling on the SBOE to reject this book. For more on this effort, visit MASforTX.org