A 2009 decision by the Texas State Board of Education has enabled creationists to once again try to mess with science in public school classrooms in Texas.

The Texas Education Agency has released proposed supplemental web-based materials for science courses from publishers who want their product in your child’s classroom as early as the 2011-2012 school year.

But there’s a problem with at least one of those publishers that represents a potential leap backward for science education in Texas.

International Databases, Inc., a previously unknown company apparently based in New Mexico, has submitted materials that make no attempt to hide a slant toward creationism and intelligent design, and away from established scientific fact.

Submissions by International Databases and other publishers can be reviewed at the Texas Education Agency website.

Below are a few examples of attacks on evolution and creationist statements in International Databases’ materials found during a preliminary review by TFN and the NCSE (click on each image to enlarge):

Since such materialistic, self organization scenarios now have a history of scientific
insufficiency for explaining the Origin of Life on Earth, the Null hypothesis (default) stands.
This allows for the testing of the legitimate scientific hypothesis……Life on Earth is the
result of intelligent causes. 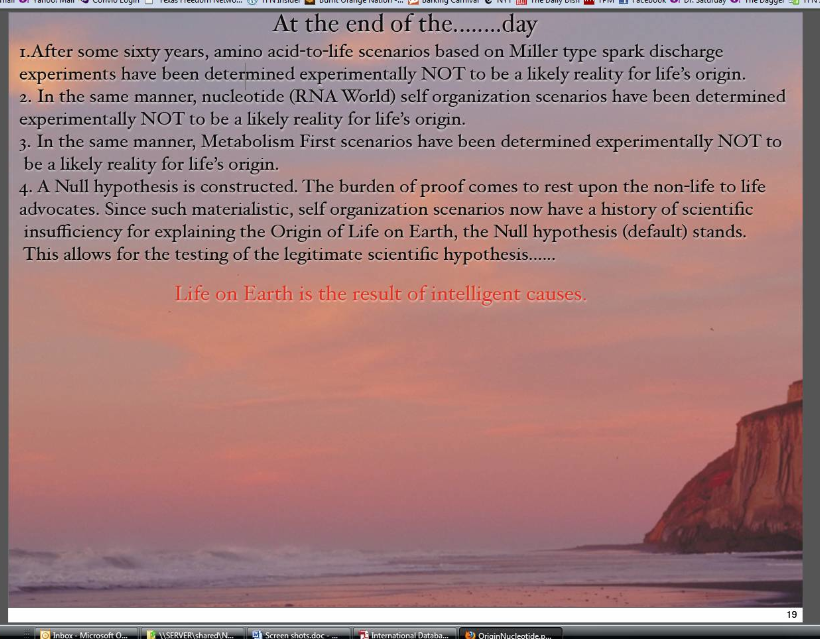 …at the end of the instructional unit on the Origins of Life, students should go home with
the understanding that a new paradigm of explaining life’s origins is emerging from the failed
attempts of naturalistic scenarios. This new way of thinking is predicated upon the
hypothesis that intelligent input is necessary for life’s origins. 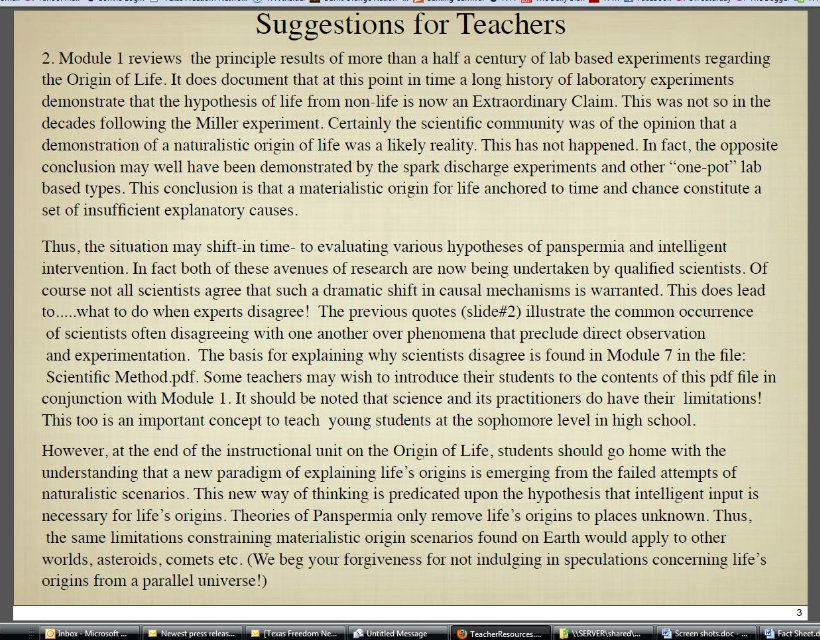 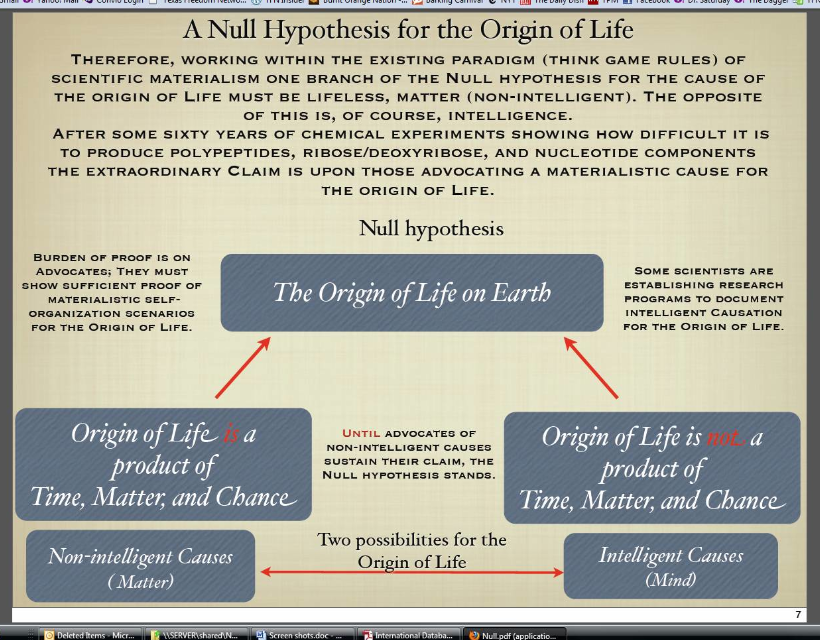 Many scientists have adopted an unproven hypothesis upon which to build their theories
regarding the origin of life and its’ diversification. This ‘foundation’ is called scientific
materialism, naturalism, and so forth… There are other scientists who have adopted the
unproven hypothesis that an intelligence is necessary to explain both the origin, and
diversification of life on Earth. This view follows from the human experience that teaches
order (complexity) results from intelligent action. 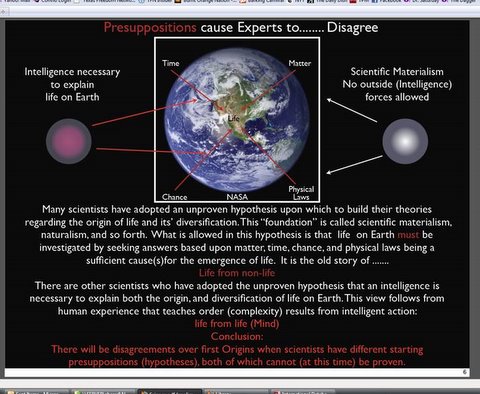 We’ll remind you that it was the SBOE that opened the door to a submission like International Databases’.

In 2009, the SBOE approved new science curriculum standards that call into question the established, mainstream science supporting evolution. At the time, TFN and NCSE warned that the new standards would encourage some vendors and groups to submit textbooks and other instructional materials promoting creationist claims and other pseudoscience in Texas science classrooms.

You have the opportunity to weigh in. Contact the SBOE by email at review.adoption@tea.state.tx.us before the July meeting and tell them to stand up for science and reject creationist materials in public schools.