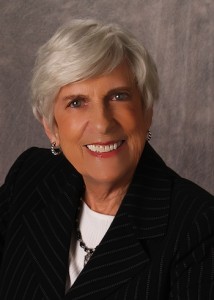 We are  deeply saddened to hear that Bettie Naylor, an icon and champion in the movements for women’s rights, gay rights and reproductive choice and a founding member of the Texas Freedom Network, has died. Texas Freedom Network President Kathy Miller talked about Bettie’s legacy today:

“Bettie was at the first grassroots event I attended in Austin when I moved here more than 20 years ago. From my time at Planned Parenthood through my early days at TFN, my days working against domestic violence and again here at TFN, one constant was Bettie Naylor and her activism, her optimism and her can-do spirit. I and everyone else at TFN will miss her very much.”

In reporting about Naylor’s passing, Marques Harper of the Austin American-Statesman writes:

“Friends said she believed in standing up for people who didn’t have a voice, and that it was hard for people — friend or political foe — to say, ‘No,’ to Naylor, a friend of late Gov. Ann Richards.”