Religious-righters warned that the repeal of the ban on openly gay servicemembers in the U.S. military would bring about all kinds of terrible things. Of course, none of that happened. In fact, the repeal of the “don’t ask, don’t tell” policy seems to have actually helped the military.

Even so, critics continue to scramble for new reasons to complain. Now some are upset that personnel on a U.S. military base on the Japanese island of Okinawa put on a drag show fundraiser last weekend. The right-wing website Newsmax declared the event “the first ‘drag show in the history of the U.S. military.” Tom Pauken, former chairman of the Texas Republican Party, also seems to think the drag show broke new ground:

Gay and lesbian troops perform in drag on American military base http://t.co/46w7ha3ZMA via @SpeedReads. Your new US military 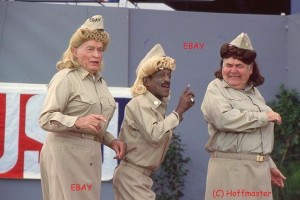 That didn’t count? What about shows with service personnel themselves? Like these soldiers in Korea shortly after the end of World War II: 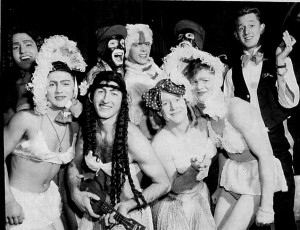 Or these military personnel (next two photos) on the USS North Carolina in 1943: 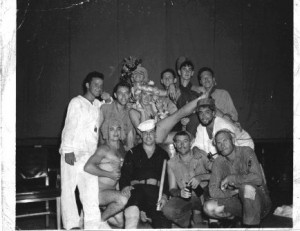 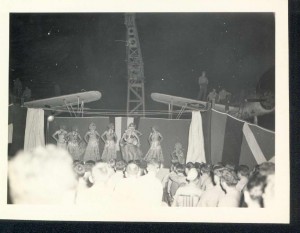 Needless to say, the Okinawa show was hardly a first. And the U.S. military seems to have survived its earlier drag shows just fine.

5 thoughts on “Always Something to Complain About”