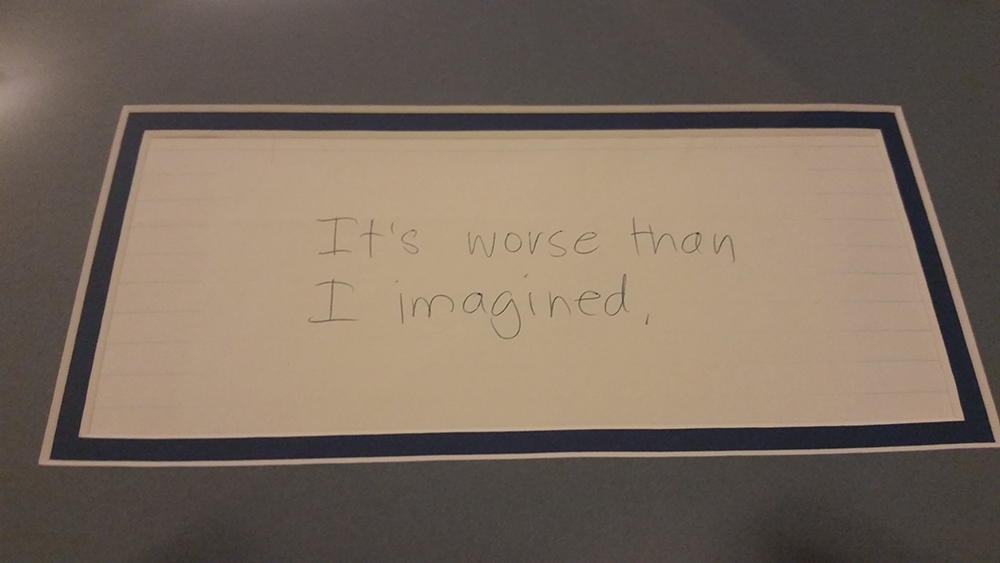 Appropriate, isn’t it? Today is the 20th anniversary of the handwritten note that essentially launched the Texas Freedom Network, and it coincides with the start of the the latest session of the Texas Legislature — a session that will feature some of the same far-right politicians and issues TFN has fought for 20 years.

Let’s call the note TFN’s founding document, so to speak. So let’s go back to the very beginning.

It was Jan. 13, 1995. Cecile Richards, TFN’s founder and now the president of Planned Parenthood, was then a couple of months removed from her mother’s campaign for a second term as governor, a contest Ann Richards lost to George W. Bush. The politics of the state were then, of course, different, yet in some ways strangely the same as they are today. The “tea party” that we know today was not around back then, but something else was brewing. It was during her mother’s re-election campaign that Cecile began to recognize that the religious right had gone beyond merely focusing on abortion and gay rights. Those far-right activists were also focusing on a host of other issues that reached into education policy.

Which brings us back to that note. When Jan. 13, 1995, rolled around, Cecile found herself at a State Board of Education meeting​, when the board was discussing new health textbooks. Right-wing board members and activists had essentially hijacked the meeting, turning it into an opportunity to attack sex education, demonize LGBT people and push a host of other issues that energize religious-right activists.

During the meeting, Cecile handed a note (see above) to her friend Harriett Peppel. It simply read:

“It’s worse than I imagined.”

That realization solidified the idea for TFN. A few weeks later TFN was officially incorporated and Harriett would go on to become the organization’s first board chair.

It’s amazing to think that TFN has been around for 20 years. And it’s equally amazing that we can trace the beginnings of the organization back to that simple note.

Twenty years is a milestone to be proud of, for sure, but it’s not without challenges. The religious right remains a powerful force, and TFN and our allies find ourselves fighting on the same issues Cecile was fighting back in 1995.

But hey, the fact remains that there are still plenty of mainstream Texans who care about things like reproductive rights, sex education, science and equality for LGBT individuals. If not, TFN wouldn’t still be here.

We’ll have more to tell you in the coming months about the #TFN20 history that you helped create. Thank you for keeping us around all these years.

2 thoughts on “A Note on the Texas Freedom Network, #TFN20 Years Later”