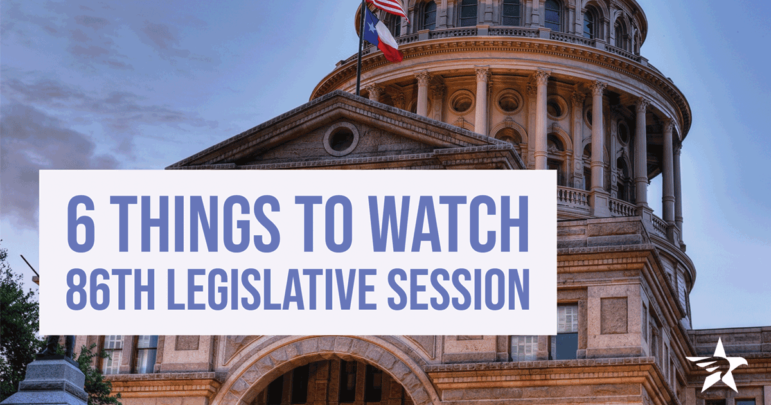 The Texas Legislature is back in session for what is always like a marathon that you try to run like it’s the 100-meter dash. If past is prologue, we’re in for 140 days of legislative extremism in what is still a very conservative body.

Here are six things we’ll be watching for.

In 2017, far-right lawmakers spent entirely too much time, and even triggered a special session, for the sake of controlling where Texans can and can’t pee. The anti-transgender discrimination bills all died, but there’s a good chance they’ll be back for one reason: Dan Patrick is still in charge of the Texas Senate.

A so-called “bathroom bill” is likely to be one of a slew of anti-LGBTQ bills, at least some of them proposed under the guise of “religious freedom.”

UPDATE: Patrick says he’s giving up on a “bathroom bill,” at least for now.

This is the term used for legislation that would allow businesses and individuals to refuse to obey laws that apply to the rest of us by claiming their “religious freedom” allows them to do so. It’s an argument used repeatedly to undermine laws that protect LGBTQ equality. But, really, this can extend to so much more. A pharmacist, for example, could cite their religious beliefs when refusing to fill a prescription for birth control or emergency contraception.

Expect to see all kinds of bills – on LGBTQ rights, reproductive rights, etc. – that seek to redefine religious freedom.

Anti-abortion legislators and activists are more emboldened than ever to pass abortion restrictions now that Brett Kavanaugh has tilted the the U.S. Supreme Court ever further to the right. Their goal? To trigger a legal challenge that ends in Roe v. Wade being overturned.

Expect a slew of bills that attack abortion and other reproductive rights.

Vouchers by a bunch of names, but all of them scams

Texas remains a voucher-free state and we hope to keep it that way. There’s been bipartisan rebuke of these proposals to funnel public money from our neighborhood public schools to private and religious schools. Sometimes the voucher lobby calls them tax credits. Sometimes they’ll be called scholarships. You’ll never hear the bill’s author use the word voucher but, trust us, they’re vouchers.

Texas still has one of the highest teen birth rates in the nation. We’re also a state where most schools districts either teach no sex ed at all or promote a failed abstinence-only approach to sex ed. Something has to change.

Expect at least one good bill mandating sex ed classes be evidence-based and medically accurate. Will such a bill get at least a hearing? It’s important that one does this year. In a few months, the Texas State Board of Education begins the process of overhauling health curriculum standards, which include coverage of sex ed.

The end of local control?

In recent years progressive victories in this state have taken place at the local level. Cities across Texas have passed ordinances that — for example — protect LGBTQ Texans from discrimination, give workers the opportunity to earned paid sick time, protect the environment, and more.

Expect right-wing legislators, who often defend local control when it suits them, to come after some of these cities hard by attempting to outright overturn some ordinances and/or make it harder to approve future ones.