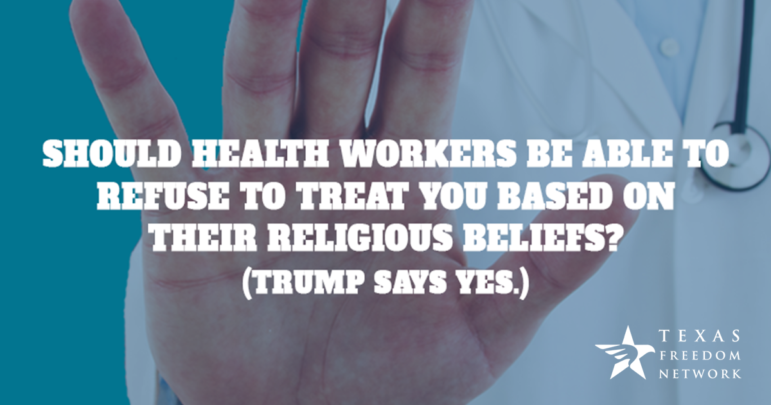 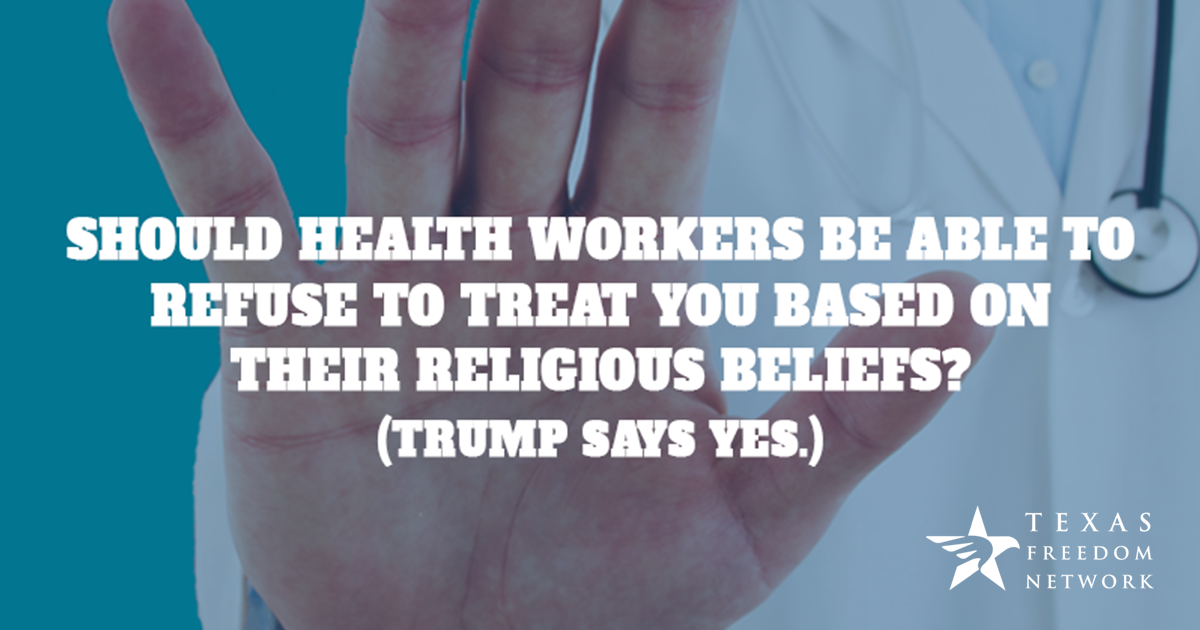 The Trump administration today, in a dangerous move, created a new office to enforce religious refusals.

Officials with the U.S. Department of Health and Human Services today announced a new division of the federal agency’s Office for Civil Rights. That new division — the Conscience and Religious Freedom Division — will be tasked with shielding health workers who cite their personal religious beliefs to refuse to provide treatment, and to punish employers who don’t allow their workers to do so.

This move is potentially huge for an important aspect of our lives: our health. And it’s a particularly dangerous development for LGBT people and women seeking access to abortion and reproductive care, both of whom have been targeted for discrimination by the current administration and the social conservative activists who have backed the president.

What Are the Consequences

Here are just a few examples of how refusing to provide care, based on the personal beliefs of the health worker, could harm you or a loved one:

Just use your imagination, and you’ll probably be able to come up with any number of scenarios in which just about anyone could be denied treatment for just about any reason.

It’s Already Being Tried in Texas

This move follows the lead of the Texas Legislature on religious refusals. In 2017, lawmakers approved a bill that allows adoption and foster care agencies that contract with the state to refuse service based on religious beliefs. Two other refusal bills — one that attempted to do what this new division will attempt to do, and another to protect social workers and counselors who refused to provide mental health and other services — thankfully failed, but there’s every reason to believe, especially after today’s move, that lawmakers will file these bills again.

How to Talk to Your Friends About this Issue

Religion can be a positive force for uniting our communities behind the values of fairness, responsibility and consideration for all people. But religious freedom has never meant the right to use religion to discriminate or to disregard laws that everyone else must obey.

All people who need medical care should be able to see their doctor without worrying about being mistreated, harassed, or denied service

Today’s announcement radically redefines religious freedom and turns faith into a weapon to divide our communities.