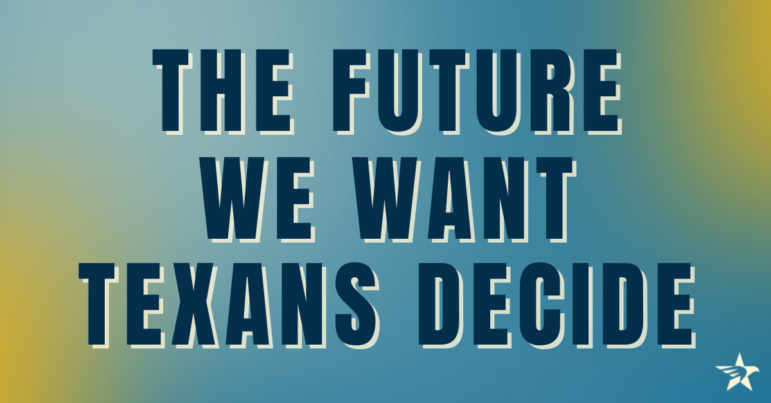 Our vote is our power, and the best thing we can do is use it to create the future we want for ourselves, our families, and our communities. As the polls draw closer, it is crucial to uplift the voices of our various communities, especially those who are often ignored. This is a series of blogs in which Texans of faith, color, and LGBTQIA+ Texans add their voices to the conversation. This is the future they want in their own words.

My name is Brisza Isaola. This is the future I want.

As a Texan of color, I have been on the listener’s end of some tasteless thoughts expressed by peers. Sometimes, it’s as original as a border-hopping joke. Other times, it’s as technical as a mockery of Asian languages when I’m just trying to order a coffee. These things happen because I look a certain way. They hurt coming from anyone, of course, but being othered by your own peers in your home state is twice the pain.

Whenever I’m in an optimistic mood, I like to imagine a state where people who look like me aren’t immediately fitted for a custodial job. I like to envision a state where certain cities aren’t considered dangerous because they are mostly populated by people of color. Because these classifications carry consequences. These Brown and Black communities are overpoliced, underfunded, and are often at the greatest risk of environmental pollution due to decades of bad policy.

In these moments of dreaming, I imagine a state where the grievances and pleas for justice made by people of color aren’t dismissed as ingratitude. I can be both grateful to be Texan and demand that the state we all love does better for all of us. My ethnicity does not condemn me to suffer in silence. Texas is mine, yours, ours; a fair justice system should reflect that.

I want a Texas where Hispanic people aren’t harassed about their immigration status, where Black parents can demand better from public schools without fear of running into the wrong angry white woman, where Asians aren’t mocked for their physical features or Muslims are threatened for their religious beliefs. I want a state where having all of our history reflected in the school curriculum isn’t considered controversial, where migrants are not political pawns in the hands of cruel leaders, and where being a minority isn’t a burden.

In my dream Texas, people of color are heard, respected, and welcomed.

This future begins with a truly representative government and leaders who reflect the true values of Texans. People take their cues from the public posture of elected officials, especially how they talk about others who don’t look like them. We have the power to create the future of our dreams by voting for leaders who care about all of us at the ballot box. If my Texas sounds like somewhere you want to live, join me in using your voting power to make it a reality!

Learn how and where you can vote this November by visiting our Voter Education Hub here.