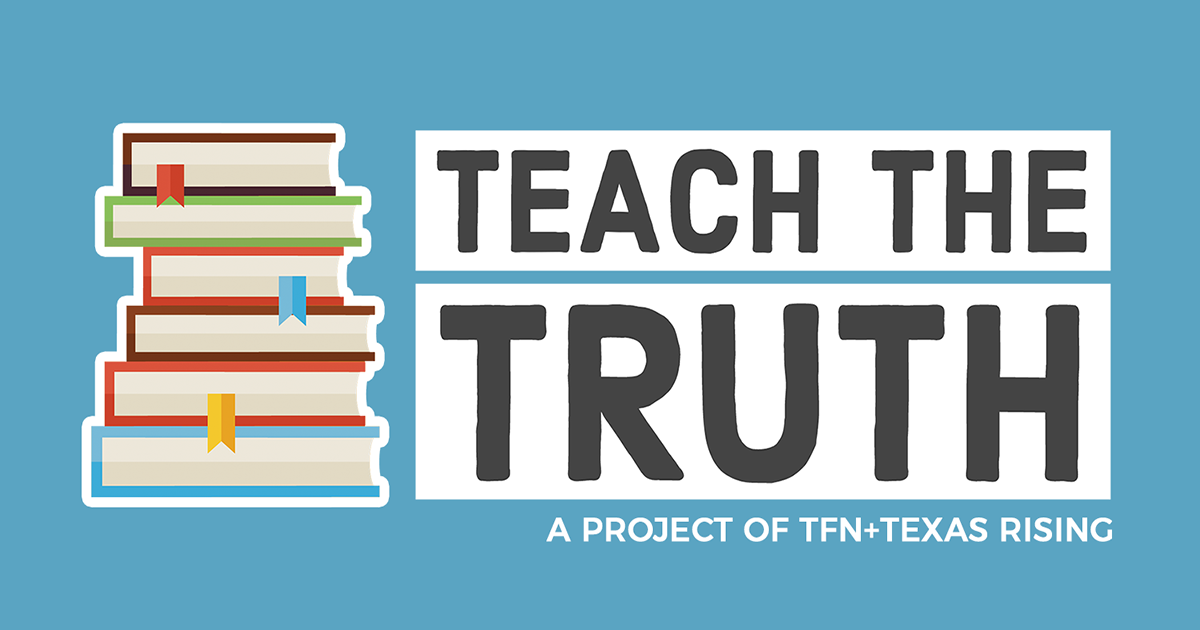 Last month the State Board of Education once again turned the revision of social studies curriculum standards for Texas public schools into a political circus. Just as they did in 2010, board members ripped apart draft standards proposed by teachers and scholars. In vote after vote, they substituted their political beliefs for historical facts. Join us in calling on the board to stop playing politics with our children’s education.

Teachers and scholars pleaded with the board to #TeachTheTruth and stop politicizing our kids’ classrooms. But a board majority — voting often along party lines — want Texas public schools to teach a right-wing version of history, regardless of the facts.

There is still time to stop this perversion of history in our public schools before the state board’s final vote on November 16. Click here to send your concerns to board members during the official period for public comments.

When you fill out the comment form, the rule you are commenting on is “Proposed Revisions to 19 TAC Chapter 113, Texas Essential Knowledge and Skills for Social Studies.” You are commenting on behalf of yourself (unless your employer has asked you to do so).

You can read the currently proposed revisions to the curriculum standards here:

Join us in calling on board members to keep political agendas out of our public schools and:

It’s past time for state board members to stop playing politics with our the education Texas students and to #TeachTheTruth.