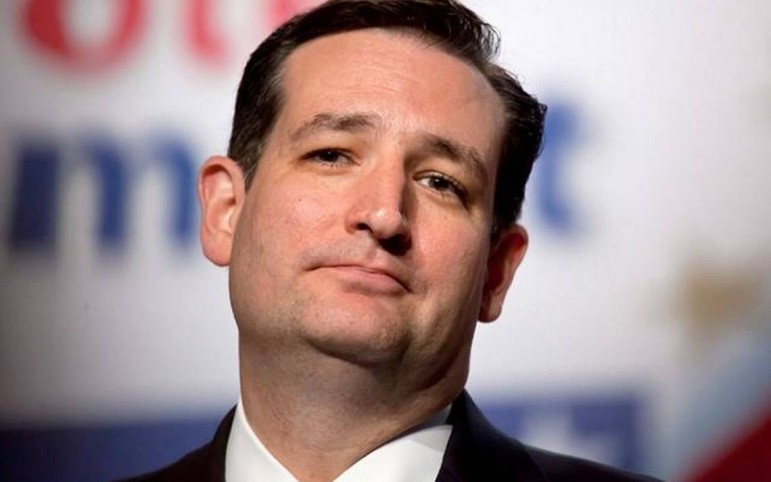 Ted Cruz needs to just get it over with and start doing air quotes every time he utters the term “religious liberty.” Or at least have a staffer stand next to him, ready to flash a cardboard sign with an asterisk every time he says it.

Here was Cruz on “Good Morning America” on Monday:

And no more than 24 hours later, we get the news that not one member of Cruz’s senatorial staff could spare a few minutes to meet with a delegation of American Muslims from the Dallas-Fort Worth area. These are Americans, Texans and Cruz’s own constituents, and Cruz and his staff refused to meet with them because they also happen to be Muslim. From the Dallas Morning News:

Alia Salem, executive director of the DFW chapter of the Council on American-Islamic Relations, said her group tried unsuccessfully for weeks to schedule time with Cruz’s staff ahead of its visit to Washington this week. More than 300 members of the U.S. Council of Muslim Organizations, a coalition of American Muslim advocacy groups, are in Washington to meet with members of Congress.

“We traveled all the way from North Texas to come and meet with our elected officials. I know they have things they have to do, but what I’m concerned about is the complete and utter shutdown, not finding one legislative aide to meet with us,” she said.

“This is indicative of what a Cruz presidency would look like,” she later said during a press conference on Capitol Hill on Monday. “He has made clear in the media what he thinks about Muslims, how he plans to treat them, and today in his day job, he exhibited no less.”

According to Salem, no other Texas official — including Texas’ senior Sen. John Cornyn — refused to schedule a meeting.

Cruz has seen first-hand how bashing Muslims has paid off for his presidential rival Donald Trump and has acted accordingly. Cruz has appointed the notorious anti-Muslim activist Frank Gaffney as a top foreign policy advisor. And in the wake of the March bombings in Brussels, Cruz called for policing of Muslim neighborhoods in the United States.

This is just another example of Cruz trying to out-Trump Trump. Keep all of this in mind the next time Cruz talks about uniting the country and when he says “religious liberty” is for everyone.