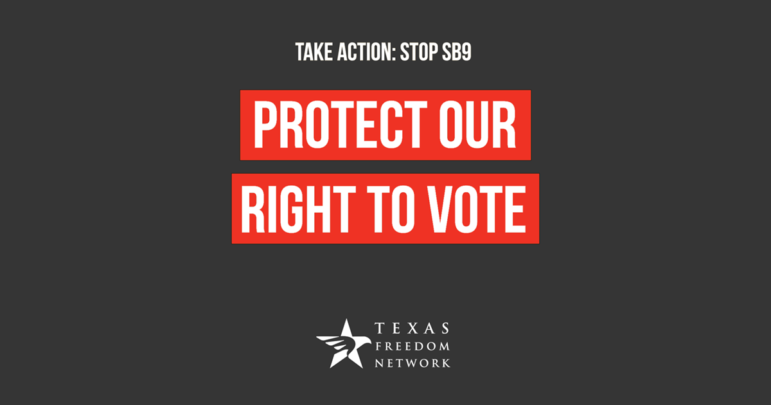 One of the worst voter suppression bills in the country this year is on the move and could be headed to Gov. Abbott’s desk unless we act now to stop it.

Senate Bill 9 has already cleared the Texas Senate and will get a committee hearing in the Texas House on Wednesday (May 15th) at 8 a.m.

Come testify in opposition to SB 9: The bill will be heard in the House elections committee on Wednesday starting at 8 a.m., in room E2.016 at the Texas Capitol.

Call members of the Texas House Elections committee and ask them to vote no on SB9.

What does Senate Bill 9 do?