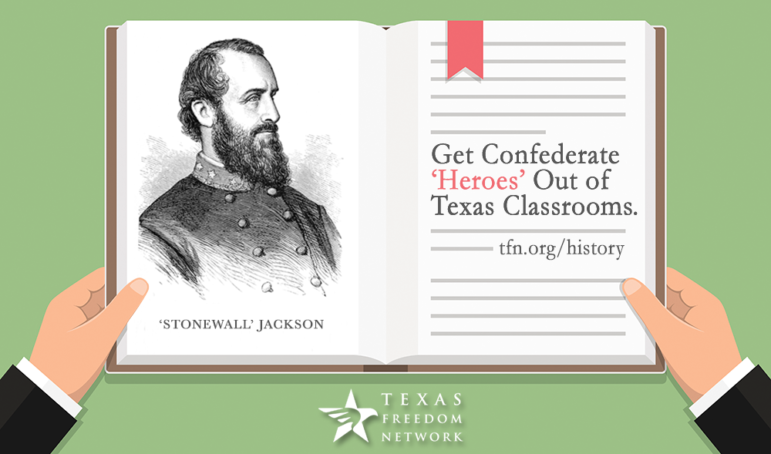 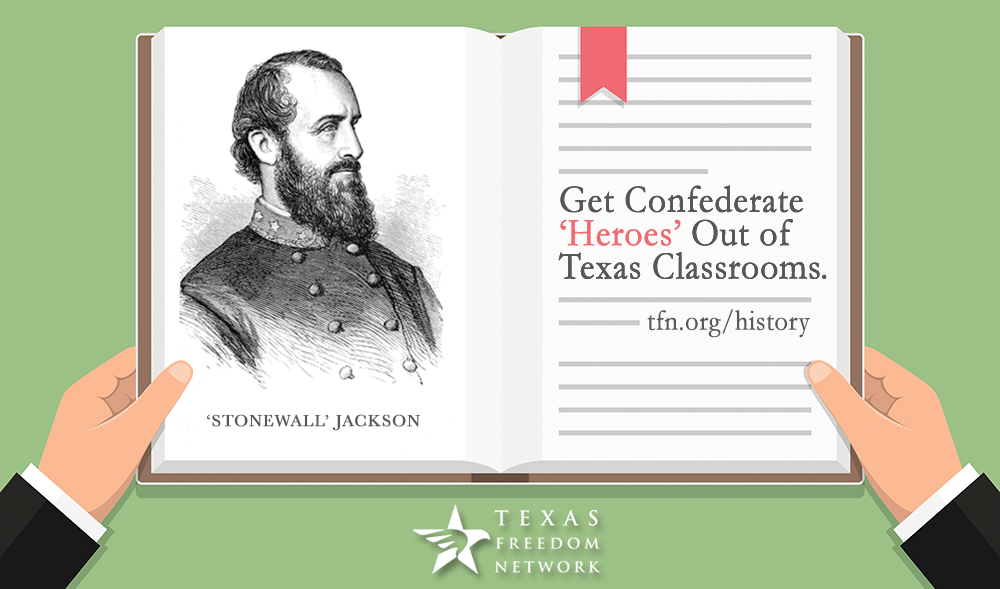 Americans across the country are calling for the removal of statues that lie about the Confederacy and glorify its “heroes.” But whitewashing the Confederacy’s racist history goes far beyond statues, especially in Texas.

In 2010 the State Board of Education adopted new and very controversial curriculum standards that try to hide the truth about slavery and the Civil War in public school history classrooms. Click here to join the Texas Freedom Network in calling on the state board to remove that propaganda and stop whitewashing the history of the Civil War.

An Associated Press article this week shows that the problem is not just confined to Texas. But the Texas history standards are deeply misleading:

Texas students deserve the truth about our history. Slavery and white supremacy brought us the Civil War. Confederate leaders who betrayed their country to defend those evils were not “heroes.” Teaching students otherwise makes it harder to overcome the bigotry and racism that still plague our country.

The State Board of Education will revise the social studies curriculum standards over the next year. TFN will be pushing throughout that process to correct the politicized history board members inserted into the standards back in 2010.