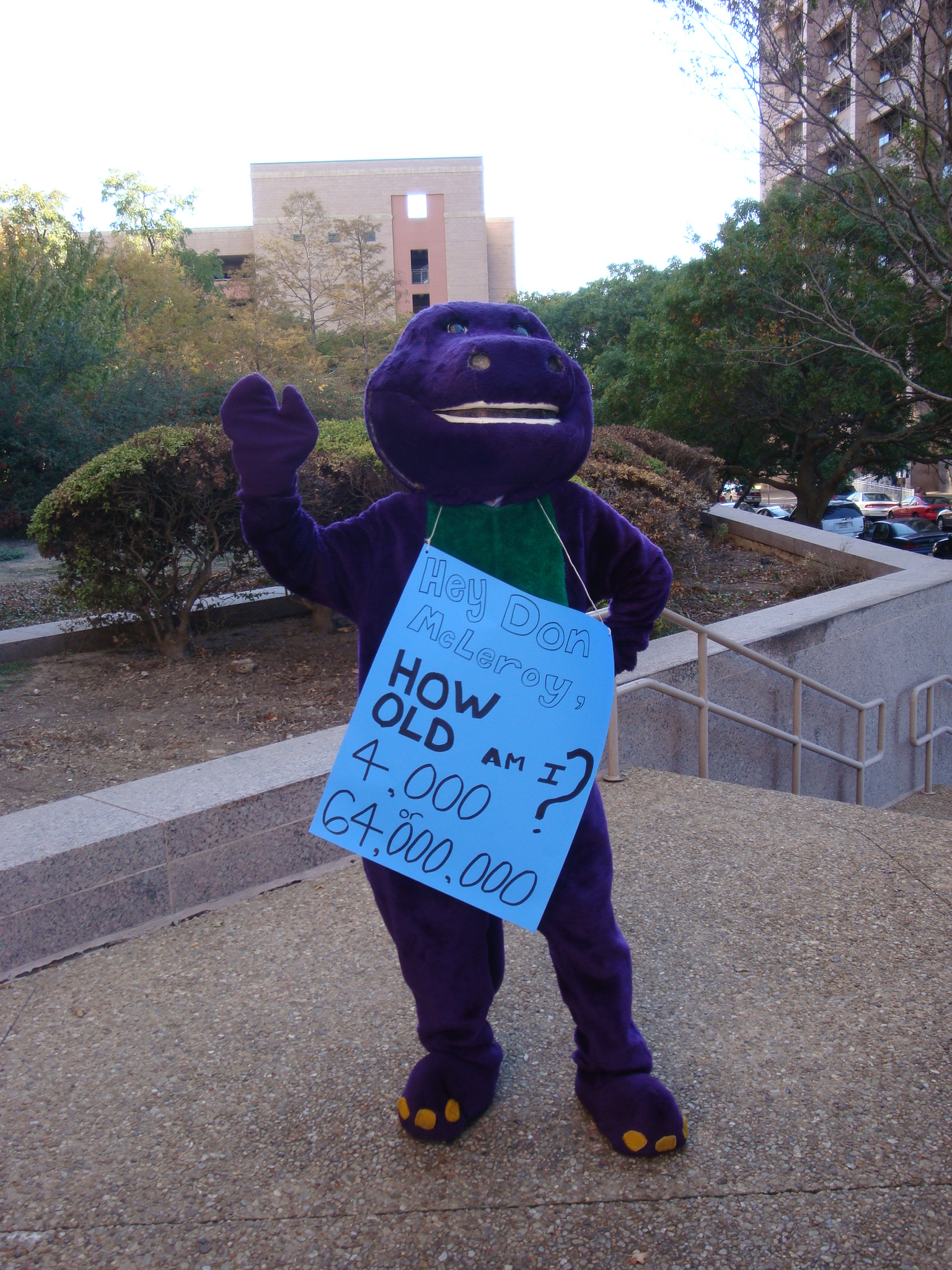 Guess who turned up at the Texas State Board of Education for the hearing on evolution? Barney the Dinosaur! And he had a good question for board chairman Don McLeroy: “How Old Am I – 4,000 or 64,000,000 years?”

Good question, Barney. We’d like to know the chairman’s answer as well.

Barney was also seen handing out a flier with some advice for state board members. See Barney’s flier after the jump.

A flier being distributed by a lifesize purple dinosaur at the State Board of Education on November 19, 2008:

State Board of Education Chairman Don McLeroy
says there are many “weaknesses” of the theory of
evolution. He says that there are two systems of science:
“You’ve got a creationist system and a naturalist system.”
– New York Times, June 4, 2008

Shouldn’t Texas kids know at least as much as a purple dinosaur?