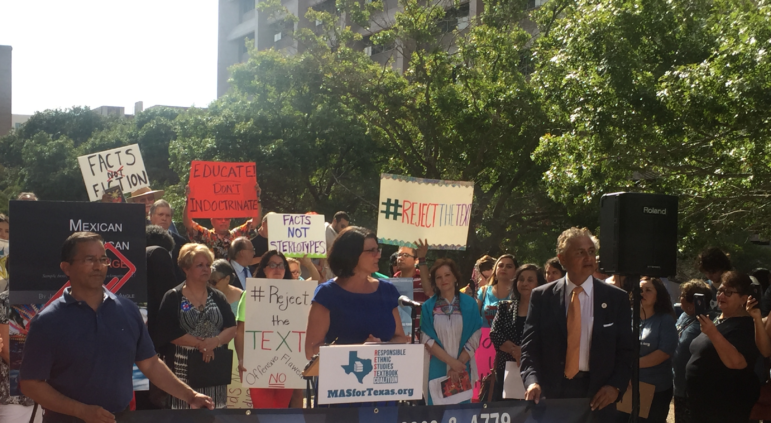 On Tuesday the Texas Freedom Network joined a broad array of coalition partners at a rally to call on the State Board of Education to reject the error-riddled, deeply offensive Mexican American Heritage textbook submitted for adoption in Texas. TFN President Kathy Miller (speaking in the photo above) was one of the speakers at the rally just before the state board began a public hearing on the textbook. Other speakers included scholars, community leaders, activists and representatives of partner organizations in the Responsible Ethnic Studies Textbook Coalition.

More than 100 people signed up to testify at the public hearing — not one of whom supported adoption of the textbook. Scholars pointed to the numerous problems with the text, including factual errors on page after page. And they echoed comments from others who noted the offensive ethnic stereotypes and other misinformation promoted in the text.

Let’s be clear: the publisher, Cynthia Dunbar, and the authors she hired to write this textbook are not bigots. But, as testifiers pointed out at the hearing, they were unqualified to write a textbook for Mexican-American studies. They simply don’t have the necessary expertise in the subject. So it’s not terribly surprising that the textbook has so many serious problems. The only way to fix all of those problems would be to rewrite essentially the entire textbook.

So it’s important that the state board vote in November to reject this deeply flawed and inappropriate textbook for Texas public schools. This fight isn’t over. Click here to sign a petition opposing the textbook’s adoption. 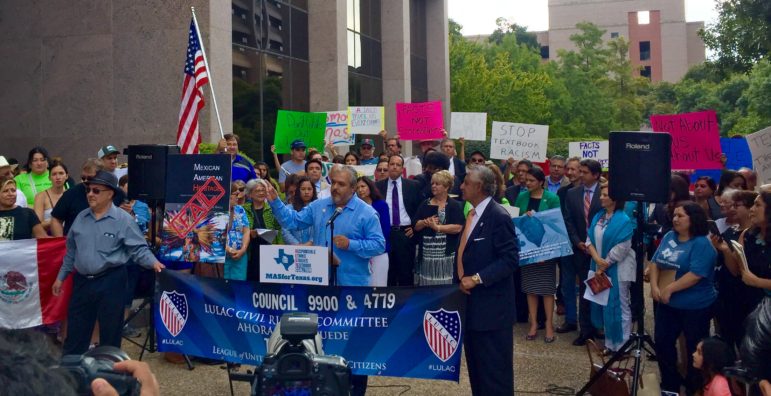