Question: Did you do nothing today other than sit on the couch and watch TV? Congratulations, your day was far more productive than the folks over at the far-right group Texas Values, who spent the day at the Capitol fighting an imaginary opponent alongside state Rep. Dwayne Bohac, R-Houston, and others in the latest round of the still non-existent “War on Christmas.”

Let’s be clear and call this what is is: It’s a fundraising scheme by Texas Values, which is the lobbying arm of Liberty Institute.

It is also an excuse for Texas Values to gin up publicity with, potentially, a frivolous lawsuit against [your school district’s name here]. It’s sleigh-chaisin’ instead of ambulance-chasin’, if you will.

So it’s time to treat this campaign with the dignity it deserves, by throwing a couple of pies in its face.

Texas Values and its lawyer-lobbyist Jonathan Saenz (pictured with Santas below) want to pretend like they’re valiantly defending Christmas from the threat of, well, no one? Fine. We’ll pitch in and create some ads for them.

Because everyone needs a lawyer … even Santa. 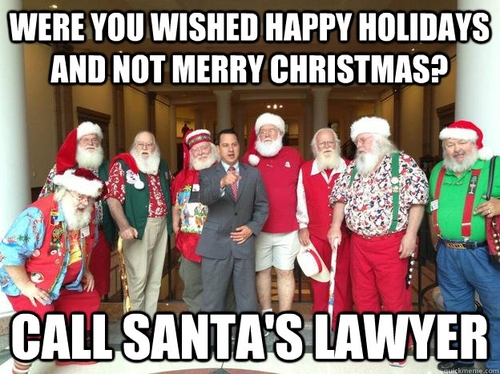 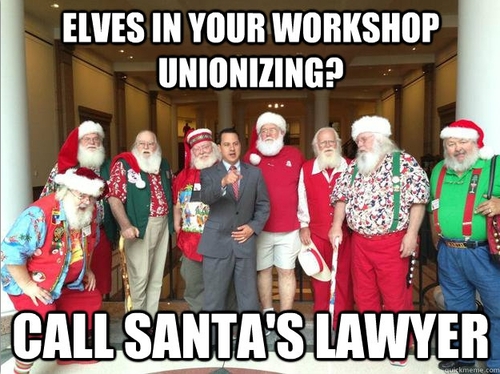 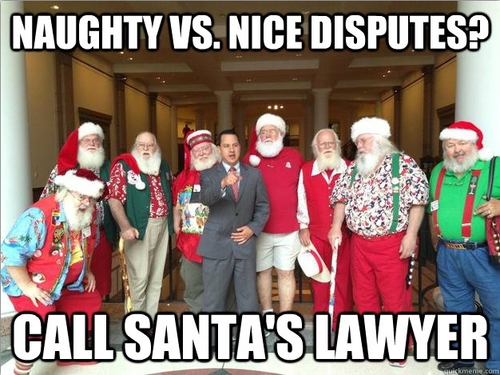 Finally, we’re going to leave the original image here right next to this link to this meme generator. You know what to do next, Internet.