What are Texas students learning in their public school courses about the Bible? Here’s an excerpt from instructional materials used in Bible courses taught in two school districts: 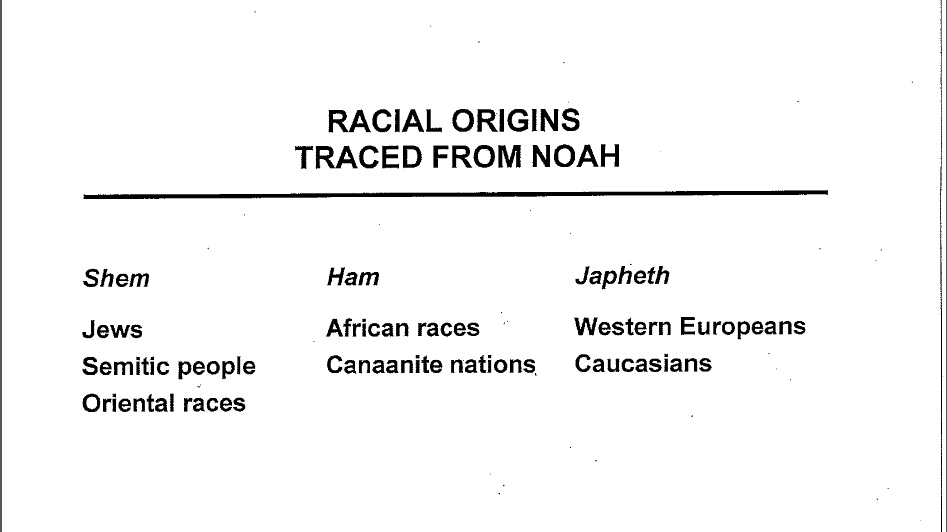 The long-discredited claim that racial diversity today can be traced back to Noah’s sons — and particularly the supposed link between his cursed son Ham and “African races” — was a justification for slavery and has been a foundational component of racism. The two Texas school districts don’t appear to tie this concept to slavery and racist ideology, but it’s stunning that this “theory” of racial origins is part of instructional materials used in any classroom today.