Rabbi Katz: This Is Why We Should All Support TFN 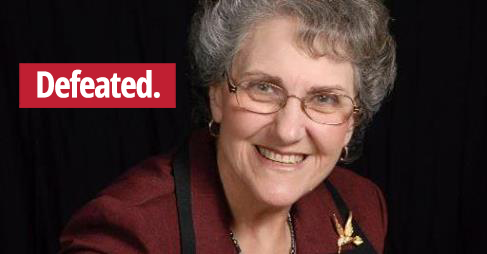 A bill banning gender-affirming and medically-recommended health care for trans youth missed a key deadline in the House last week. The Senate version of the bill is still alive and is being heard in that chamber right now. Watch live: bit.ly/3mOJUJF #txlege

From @NancyKasten2 "What does it mean to be 'Pro-Lives'? It means protecting the ability of physicians to provide comprehensive reproductive care to their patients instead of criminalizing live-saving medical procedures. rac.org/blog/what-it…

“If the Republican intent for voter integrity and cohesion were true, they would create a system that was more accessible overall.” - Ofelia Alonso, @texrising pbs.org/newshour/sho…

“If the Republican intent for voter integrity and cohesion were true, they would create a system that was more accessible overall.” - Ofelia Alonso, @texrising pbs.org/newshour/sho…

Please consider honoring the amazing Class of 2021 activists and help us keep going by contributing to our Texas Rising program today 💓 txrising.org/donate

These advocates and organizers step up for their communities even if they are only in a city for their education. They dedicated portions of their lives as students to working towards a more progressive Texas. Thank you for everything and congratulations! pic.twitter.com/UI6a…

We’d like to congratulate everyone in the Texas Rising Class of 2021! Texas Rising has always focused on the new generation of voters and we’ve done so by building up our members and giving them the tools they need to grow. pic.twitter.com/QD5M…

Thank you to the Rev. Andries Coetzee for writing on behalf of Just Texas. "As a Christian pastor, my heart aches to see people targeted and exploited because they express their God-given identity." #txlege expressnews.com/opin…

This proves what we’ve said all along: anti-voter bills like #SB7 & #HB6 are part of a coordinated, national effort to make it harder for people of color to vote. They were drafted in DC by the nation's leading voter suppression org and imported into the #txlege #TXDeservesBetter twitter.com/AriBerma…