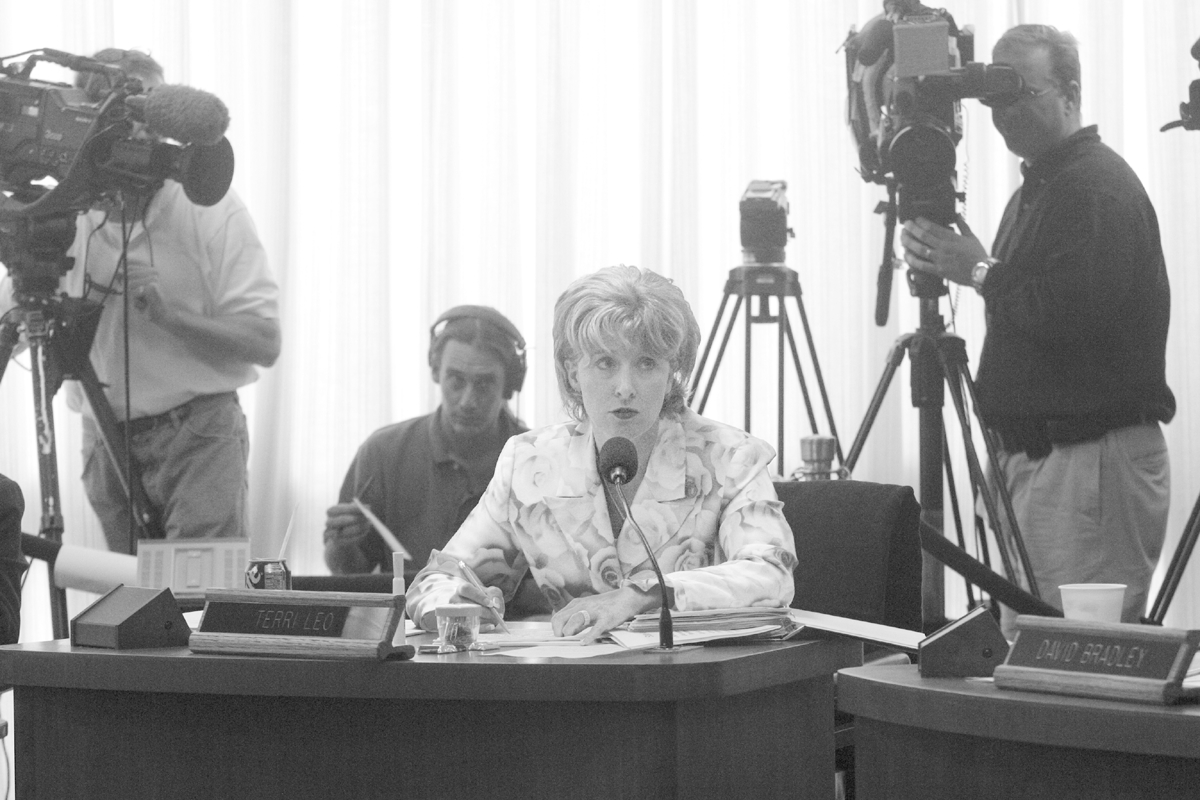 Another day, another major shake-up at the State Board of Education.

Incumbent Terri Leo, R-Spring, made a surprise announcement this morning that she will not seek re-election to the seat she has held since 2002.

Her press release appears in full below.

It has been a great honor to serve you and the children of Texas as your conservative representative on the State Board of Education, District 6. My concerns, both as a public school teacher and as a mother, led me to make the sacrifices required to serve on the SBOE.

What an awesome opportunity and responsibility you have given me over the years. I want to thank all of you who have sacrificed with me to ensure that the District 6 seat has a conservative voice on the State Board of Education.

Those of you who know my passion for this office know that I would not step down from this seat unless I had complete confidence in someone else to take my place — someone who shares my same passion for quality and excellence in public education.  I have found such an individual in Donna Bahorich, and it is with great enthusiasm that I wholeheartedly endorse Donna for the State Board of Education, District 6.

Textbook adoptions are always a critical concern. Because of Texas’ prominent place in textbook adoption and educational policy, not only are our Texas children affected by the SBOE’s decisions; but also students throughout the nation are impacted.

Donna Bahorich will uphold conservative ideals in order to provide teachers and students with error-free and academically sound instructional materials.

Donna will resist efforts to lower academic expectations. She will work tirelessly to develop state curriculum standards that are concise, measurable, and rigorous so that our Texas students are ready for college and/or the workplace.

Donna Bahorich will only vote for Health textbooks that uphold traditional definitions of marriage and family and that are abstinence-based.

Donna Bahorich will make sure History curriculum standards are maintained that emphasize patriotism, our Founding Fathers, the free enterprise system, the U.S. Constitution, and American exceptionalism.

A strong conservative voice in the State Board of Education’s management of the multi-billion-dollar Permanent School Fund will always be essential.  Donna will vote consistently for traditional, conservative values in these decisions as well. The children of Texas deserve to have sound investments protecting their Permanent School Fund because these dollars ensure there will be future funding for instructional materials.  Donna will work diligently to keep the PSF from being diverted to other uses.

Because Donna has worked closely for years with members of the Legislature, she will know how to keep the lines of communication open between the SBOE and other elected officials. This is essential so that students’ best interests are served.

I can leave my SBOE seat at the end of my term (December 2012) knowing that Donna Bahorich will be able to step seamlessly into position.  Donna understands fully what Abraham Lincoln meant when he said, “The philosophy of the schoolroom in one generation will be the philosophy of the government in the next.”  Donna is capable, equipped, committed, and passionate about the future of our Texas public school students.  Donna Bahorich is fully ready to serve as a member of the Texas State Board of Education, District 6.

13 thoughts on “Leo Calls It Quits”