Looks like David Barton enjoys trolling at least one website filled with right-wing hysteria about FEMA concentration camps, President Obama’s complicity in the murder of a U.S. ambassador and an America on the verge of a new civil war. And check out this Twitter post from the religious right’s favorite phony historian and pseudo-constitutional scholar:

“A novel approach to the gun ownership”

That quote is the headline to a blog post on a website for so-called “militia” groups, Well Regulated American Militias (WRAM). The post, which Barton links to, notes how a Vermont lawmaker insists that, the way he reads the Second Amendment, the U.S. Constitution actually requires all Americans to own firearms. So the lawmaker, state Rep. Fred Maslack, has filed a bill to enforce that “requirement”:

Under the bill, adults who choose not to own a firearm would be required to register their name, address, Social Security Number, and driver’s license number with the state. “There is a legitimate government interest in knowing who is not prepared to defend the state should they be asked to do so,” Maslack says.

Folks who choose not to own a firearm would be required to buy a $500 permit from the state.

The blogger goes on to quote approvingly from former WorldNetDaily.com columnist Claire Wolfe‘s book 101 Things to Do ‘Til the Revolution:

“America is at that awkward stage. It’s too late to work within the system, but too early to shoot the bastards.” This makes sense! There is no reason why gun owners should have to pay taxes to support police protection for people not wanting to own guns. Let them contribute their fair share and pay their own way. Sounds reasonable to me! Non-gun owners require more police to protect them and this fee should go to paying for their defense!

Read the full blog post for yourself here. Then click around on the WRAM website. Maybe you’ll also find it interesting that Barton spends his time trolling a website with articles that claim the KKK is a left-wing organization and suggesting that the United Nations and U.S. government are involved in a conspiracy to disarm Americans, that the Federal Emergency Management Agency is setting up concentration camps, that America is about to erupt in civil war and that President Obama deliberately allowed the U.S. ambassador and three other Americans to be murdered in Libya. And pictures like these: 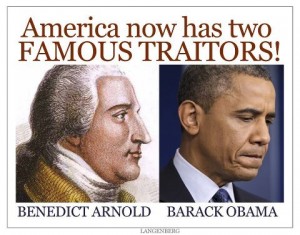 10 thoughts on “Is This One of David Barton’s Favorite Winger Websites?”