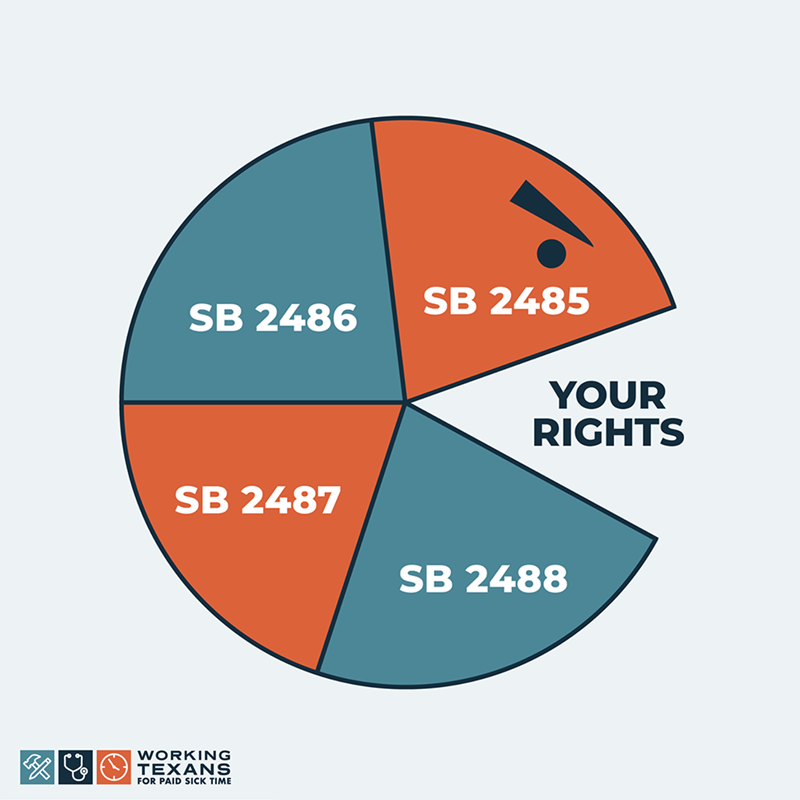 Dan Patrick’s attempt to strip Texas workers and LGBTQ people of basic protections is heading to the Texas House.

We need your help.

The Patrick-backed collection of bills — SB 2485, 2486, 2487 and 2488 — have already cleared the Senate and will take their first step in the House, in the State Affairs Committee, this Wednesday.

The four bills would:

TAKE ACTION
We have two ways you can help kill these bills.

1) Come testify: One of the most of effective ways to affect legislation is for lawmakers to hear directly from you. The State Affairs Committee meets at 8 a.m. in room E2.014 of the Capitol extension.

Cities across Texas over several years took great care in passing these local ordinances and Patrick needs to step messing with our communities.

Whether you do it in person or over the phone, please tell lawmakers you oppose all four bills because you support local control, working Texans and the LGBTQ community.