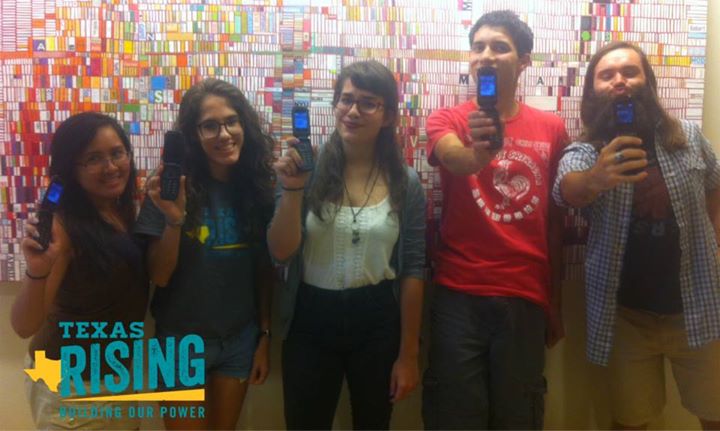 Except they weren’t joking about obnoxious professors or making plans for the weekend. These activists were telling college kids to vote.

During a Texas Rising phone bank, activists call other young people. The point: to make sure people are registered to vote, and help them achieve that if they are not. For those who are already registered, activists check if they have the proper voter ID and are actually heading to the polls. If they’re hesitant to vote, the activists try to push them towards embracing their civic duty.

A solid majority of those called were already registered, but a few were not. In this situation, activists ask people for their e-mail address so they can receive a link to the Rock the Vote website. Once they’re online, a form can be printed, filled out, and mailed to the state. It’s easy as that. 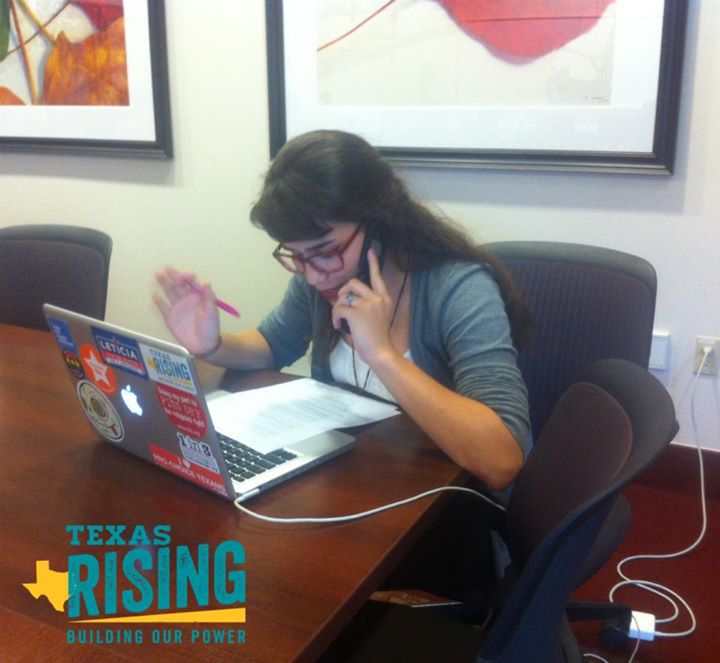 A common stumbling block among those who were called was being registered to vote. Since many college students forget to re-register in the county they attend school in, this becomes an issue. If a student wants to vote in her home county, she’ll have to either drive there or use something called a “ballot by mail.” This postal ballot can be requested from the government to vote, but it must be sent by Oct. 23.

Some of those called were aware of the new voter ID law, but were a little unsure about the details. They can’t really be blamed for this; the law is a byzantine mess of rules that make little sense.

Fortunately, our six young activists were there to help.

One of them, a journalism major named Caitlin Rodriguez, explained which forms of ID were acceptable for a University of Texas student. Rodriguez ran through this list: A Texas driver’s license, a Texas identification card, a U.S. Passport, a Texas concealed gun license, an election ID certificate, a U.S. Military ID, or a naturalization certificate containing a photo.

The UT student asked if she could use her college ID, but the young activist said a college ID wouldn’t let her vote.
Rodriguez suggested she get an Election ID Certificate, which would be the easiest option. The student was told she would need to prove her citizenship status and identity, which often starts with producing a birth certificate. Rodriguez referred the UT student to Vote Riders, a nonprofit group specializing in voter ID assistance.

The Texas State activists also reminded those with valid ID’s that their cards must not expire before Sept. 6, or 60 days before the election. Another reminder was making sure the name on your ID is spelled exactly like the name on the registered voters list.

The phone bank finished up around 7 p.m., with Bobcat David Simoneaux bringing in the most voter pledges. Simoneaux said running a phone bank is a little nerve wracking, but the results make it worthwhile.

“So many young people are tuned into the issues, are passionate and caring, but they don’t really realize how effective their votes are and never make it to the polls,” Simoneaux said. “We’re trying to give them a heads up and provide them with all the tools they’ll need to turn that passion into results.”

That passion will certainly be needed this fall. With a governorship and numerous state and federal representative seats on the line, the impact of young votes could determine whether we have things like comprehensive sex education in public schools and reopened family planning clinics. 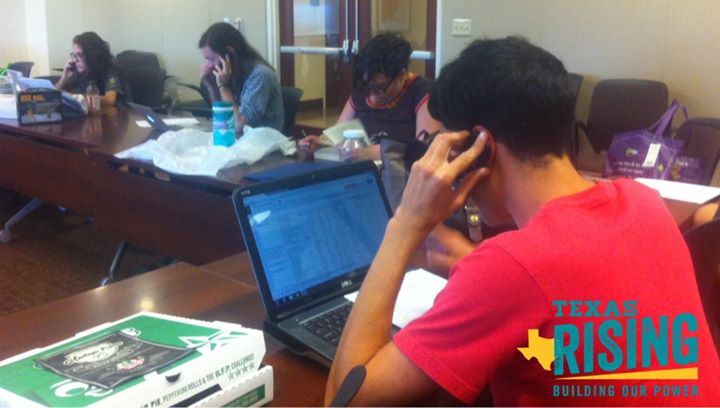