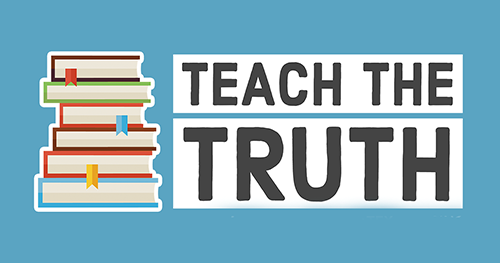 Today’s final votes on new health and science curriculum standards for Texas public schools prove that strong, ongoing activism can lead to progress. But they also make clear that a majority of the State Board of Education remains trapped in the culture war arguments of the past.

Health
We do have good news to celebrate. The board took a step away from the state’s failed, decades-old abstinence-only approach to sex education by voting to include information on contraception and the prevention of sexually transmitted infections in new health standards for both middle school and high school. This is an important step forward for protecting the health and well-being of Texas students and the result of years of activism by the Texas Freedom Network and supporters like you.

But the board’s Republican majority rejected the pleas of so many Texans who had called for the new health standards to be inclusive of the needs of LGBTQ students and emphasize that everyone, regardless of sexual orientation or gender identity or expression, deserves to be treated with respect. And they shockingly voted down efforts to teach students about the importance of consent in sexual relationships. Religious-right pressure groups had argued that simply acknowledging the existence of LGBTQ people and teaching about consent were somehow radical.

Science
Progress on the new science standards was similarly mixed. On the plus side, we succeeded in passing standards for required high school science courses that acknowledge the problem of human-caused climate change. That would not have happened without the work of many science education activists who testified and contacted board members in support. But the board — at times echoing the arguments of climate deniers — refused to make learning about human-caused climate change, which scientists and overwhelming evidence say is a global emergency today’s students will inherit, a major focus in the standards.

Where We Go from Here
Our efforts don’t end with today’s votes. The board in 2021 will consider new health textbooks publishers are set to submit this spring. TFN will lead the fight for textbooks that offer comprehensive, inclusive information on sexual and reproductive health. And we will continue our advocacy for teaching about climate change when the board overhauls science standards for Grades K-8 also next year.

Progress often doesn’t come as quickly as we want and need, but today’s votes show it is possible. With the support of activists like you from across Texas and in partnership with the board members who do support equality and sound science, TFN will continue to lead the fight to put the education of public school students ahead of politics.