Texas is failing students and their families on sex education.

That means the vast majority of students were learning no medically accurate information about condoms and other forms of birth control in a state with one of the highest teen birth rates in the nation. Even worse, abstinence-only programs that dominated Texas sex ed classrooms were filled with myths, falsehoods, absurd gender stereotypes and other misinformation.

Policymakers at the state and local level refused to address this problem, contributing to a conspiracy of silence surrounding sex education. In short, ignorance and silence were the watchwords when it came to sex education in the Lone Star State.

Eight years later, the TFN Education is set to release on February 14 a major follow-up study, Conspiracy of Silence: Sexuality Education in Texas Public Schools in 2015-16. This new report will reveal what has changed and what hasn’t since 2009. We’ll post a link to the report after its public release that morning. 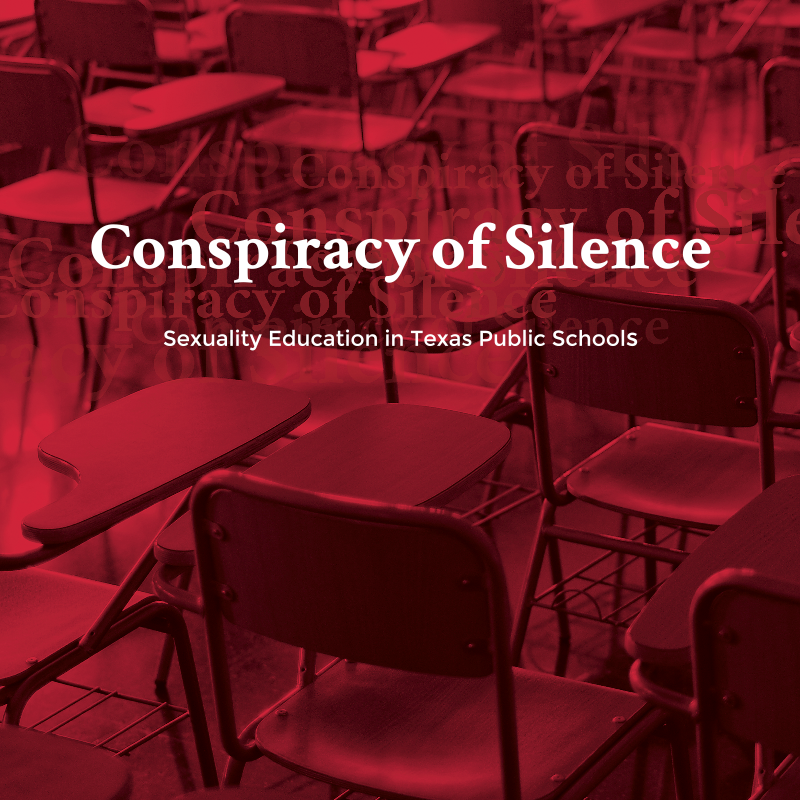