This Texas Education Board Republican Sounds a Lot Like Donald Trump 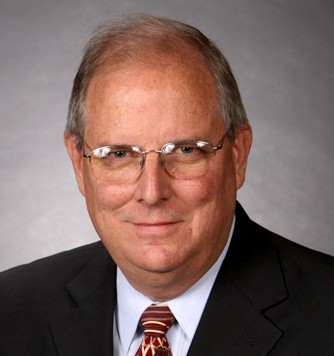 We told you last month about the brewing storm over a controversial Mexican-American studies textbook submitted for approval in Texas by an even more controversial former member of the State Board of Education. Now a current state board member has leapt to the defense of the textbook — and in a shockingly offensive and insulting way that should make Republican presidential candidate Donald Trump very proud.

“It’s really kind of amusing. The left-leaning, radical Hispanic activists, having pounded the table for special treatment, get approval for a special course that nobody else wanted. Now they don’t like their special textbook? I bet they want everyone to also get an A for just attending? The one thing we can’t fix in this world is unhappy people.”

Yikes. It sounds almost as if Bradley is auditioning for the job of nasty spokesperson for Trump’s Mexican-smearing presidential campaign.

We’ll note here that Hispanic students make up more than half of the public school enrollment in Texas, and that number is rapidly growing. Moreover, some school districts in the state already offer elective classes in the history and contributions of Mexican-Americans. The state does not require such courses, but the state board agreed in 2014 to adopt instructional materials for them. The hope was that more districts would choose to offer the courses if instructional materials were readily available.

But Bradley’s sneering contempt for Mexican-American studies advocates — and for those who want a quality textbook for those classes — is hardly a surprise. Bradley was equally contemptuous in 2010, when then-board member Mary Helen Berlanga, D-Corpus Christi, tried to ensure that the state’s social studies curriculum standards do a better job covering the contributions of Hispanic people in Texas and American history. Bradley acidly joked that Berlanga might one day succeed even in changing the name of the state’s education department:

“Mary Helen may have her wish, and it will be the Hispanic Education Agency.”

The publisher of Mexican American Heritage is Cynthia Dunbar, who was closely allied with Bradley during her time on the board (2007-10). She voted to mislead students about evolution in science classes and to require that the state’s social studies standards question whether separation of church and state is a key constitutional principle. Also while serving on the board, Dunbar wrote another book calling public education a “subtly deceptive tool of perversion,” “tyrannical” and unconstitutional. That’s right — someone who got elected to the board that manages the public school system for 5 million Texas kids actually despises public education. Now she’s peddling a textbook to those same schools.

Initial news articles are pointing out that Dunbar’s textbook has serious problems, including the smear that Chicanos want to destroy American society. Moreover, the textbook’s authors appear to have not even a shred of expertise in the field of Mexican-American studies. And based on early reports we have been receiving from scholars reviewing the textbook for the Texas Freedom Network, the problems are far worse and even more incendiary. We’ll have more on that soon.

The state board is scheduled to vote on whether to approve the textbook in November.